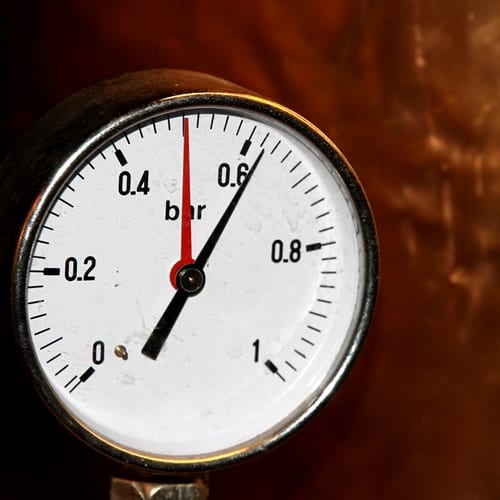 Since ROVs are deployed in extreme areas, they have to be suited to the places they'll be forced to explore. A single unit can experience many different difficulties at the same time, which is why the optimal design will have counter measures for each of these issues. Although there's no guarantee that these models will survive every unexpected circumstance, system features can mitigate the following common dangers.

Overheating
According to a press release, the Saab Seaeye Leopard ROV has undergone extensive testing to determine whether or not it could survive constant work in the Arabian Gulf. The article points out that any remote underwater vehicle brings with it the challenge of maintenance, not just one-time use. When remote vehicle sustains damage, this could put pressure on the organization.

"We wanted to tease out teething problems and in the end we only needed to boost the cooling system to beat the heat," Letherby told Marine Technology News "I trusted Saab Seaeye technology and the Leopard proved to be an excellent performing vehicle."

He added that he was "very impressed by its work capabilities, which in many respects are comparable to a hydraulic work vehicle."

Pressure Concerns
In 2014, the Woods Hole Oceanographic Institute announced that the ROV Nereus was lost, presumably destroyed by the high amounts of pressure in the depths it was exploring. At the time of its disappearance, it was more than six miles underwater.

Though it was designed to withstand as much as 16,000 pounds of pressure per square inch, the experience showcased the immense dangers remote units often face. The Institute's research director, Larry Madin, said that the incident was an example of the risk researchers face.

Multiple systems can help protect the equipment from this danger. In addition to an onboard depth sensor, electrical components can be submerged in mineral oil, as was the case with the ROV Hercules. The NOAA reports that this additive can keep the contents of the unit safe, avoiding damage, since the oil "does not compress significantly under pressure."

Strong Currents
Divers and robots alike have to deal with the pull from strong currents, whether they are exploring a site for scientific purposes or excavating a wreck. With adequate electro-hydraulic or full electric propulsion systems, a system has some way to exert itself against the water around it.

Other necessary considerations include the size and location of thrusters within the body of the unit itself. Continuing to use the Leopard as an example, we see that electric systems can be useful in unpredictable waters. This model has more than 10 thrusters, which reportedly help it maneuver and collect data.

ROV operators that use ROVs may feel more relieved knowing that their equipment is covered by a specially written policy. Turning to a company that understands operator needs specifically might help avoid inappropriate policies from generic insurers.