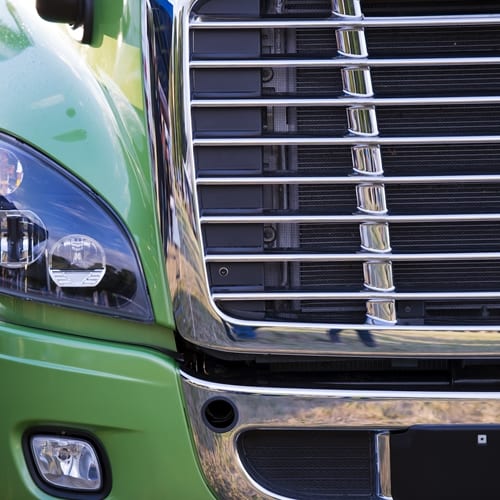 With interest rates at historic lows, it's an ideal time to be in the market for passenger vehicles and commercial trucks. Prices for used commercial big rigs have slipped lately, due in large measure to reduced buying activity among fleet owners, a new report suggests.

In October, sales prices on used commercial trucks fell sharply, according to recent data reported by the National Automotive Dealers Association. For instance, among 2013 model year trucks, values are down 22 percent from where they averaged in January, 31 percent lower among 2012 model year trucks and off by 26 percent for 2011 models.

"If we look at the year-to-date trend, depreciation in the auction lanes remains moderate," Visser explained.

When used commercial truck prices are examined on a month-over-month basis, values are down approximately 2.6 percent, which is half of the 5 percent average monthly loss that was the norm in the closing six months of 2015. Visser noted that this time last year, however, trucks "were bringing over 35 percent more money than they are now."

What will used commercial truck prices be like as 2016 draws to a close? More of the same, NADA experts project. Analysts project retail prices to fall an additional 3 percent at the most between now and Dec. 31.

3.6 percent dip in used passenger vehicles
Used passenger vehicles have taken a similar price path. Wholesale, used automobiles that are no older than eight years sold for 3.6 percent less in October than they did during the same month in 2015, NADA confirmed in a separate report. That's the largest year-over-year decline in 2016, matching September's depreciation average.

While lower asking values are to a certain extent a sign of economic weakness, as prices are largely a function of demand, it serves as an opportunistic time for buyers to take advantage of the more affordable buying environment. This is particularly true for professionals who have a fleet of commercial trucks and need to purchase commercial auto insurance. As a general rule, premiums tend to be lower for the used segment.

Commercial auto insurance is important not only to protect bottom lines in the event of an accident or crime, but also the effects of liability that may result from cybercrime. With hacking on the rise and commercial trucks becoming increasingly digitized, it's only a matter of time before fleets have to combat data theft in addition to cargo.