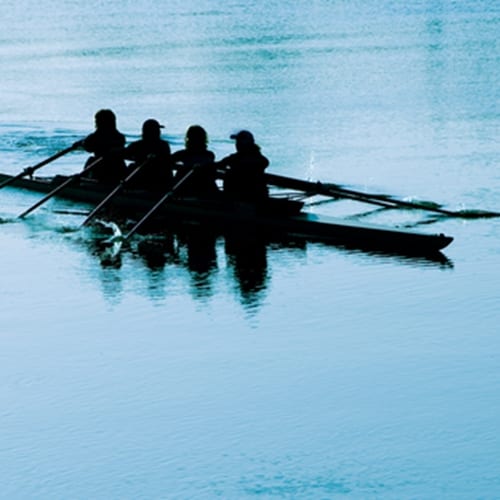 Last week, rescue crews were needed when the Oregon State crew team collided with a bridge support on the Williamette river.

The boat, which measured at 30 feet and cost $35,000, smashed up against the structure and was completely destroyed. The accident, which happened on Monday, could have partially been caused by unusually high waters and a busy river. There were several other vessels in the water, which was faster than normal due to a recent rain. What was once a routine practice suddenly turned into a high-pressure situation just before 5 p.m., when the boat struck the pier and began to splinter.

After the craft wrapped itself around the Harrison Street Bridge support, the team was plunged into the water. While six were able to cling to wreckage from the boat, the remaining three had begun to drift downstream. None were wearing life jackets, as crew team boats are exempt from the requirement that those garments are kept on board.

Luckily for the team, a coach in a powerboat was able to help collect and rescue the stranded athletes. In addition, no major injuries were reported. The boat, which was made of carbon fiber, has been declared a complete loss and will have to be replaced before the team is able to hit the water again.

Like any other outdoor activity, boating carries with it some inherent dangers. While it is impossible to completely avoid any sort of hazard, you can protect yourself and your assets in the event of an accident. A comprehensive marine insurance policy should be in place before you set off.