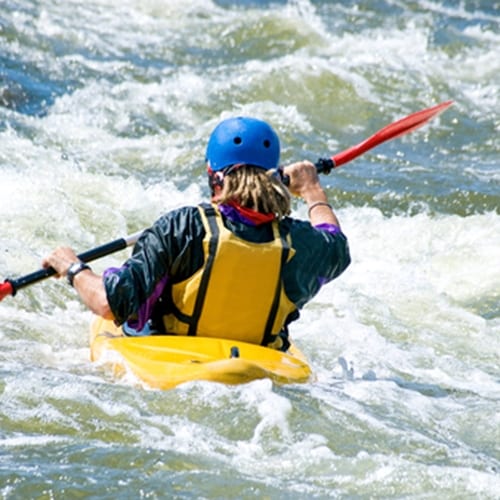 On the afternoon of Monday, February 18, Geoffrey Wood, a Grants Pass, Oregon, resident, died in a boating accident on the Rogue River.

According to The Associated Press, the 71-year-old man was in a drift boat with two other people when the watercraft overturned near the Robertson Bridge boat ramp at around 2:15 p.m. The source states that the vessel got stuck in a fallen tree and that's what caused the incident.

Bill Hickey, a friend of Wood, told the AP that the other men on the boat were able to grab onto the tree, which prevented them from being carried downstream. He also said that Wood's life jacket wasn't inflated.

This brings up an important point about how essential it is to wear a life jacket, no matter how calm the water may appear and how skilled a boater you are.

According to the U.S. Coast Guard's Boating Safety Resource Center, these wearable safety devices are recommended for a number of water activities including: water skiing, operating personal watercraft, white water boarding and sailboarding. Though the laws vary from state to state, it's a good idea to take on the mentality that it's better to be safe than sorry. In fact, the U.S. Coast Guard estimates that life jackets could have saved the lives of more than 80 percent of boating fatality victims.

While many people envision watercraft accidents occurring on large bodies of water, the truth is that lakes and rivers can be just as dangerous. With this in mind, it's important for boat owners to take the proper precautions, such as turning to experienced marine insurance agencies that can ensure they are covered in the event of an unfortunate incident.