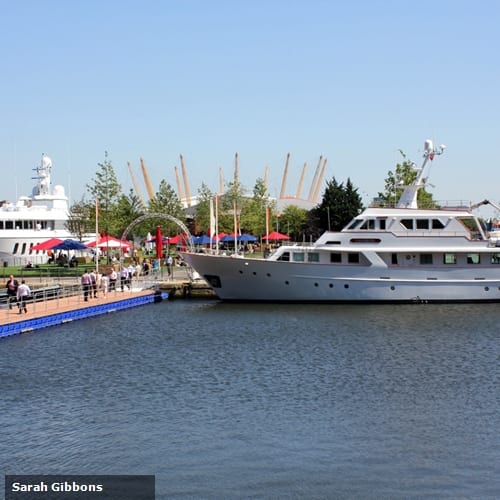 It’s always difficult when tragedies occur on the water, especially when kids are involved. Some of you may remember hearing about the yacht that capsized in Oyster Bay, New York, on July 4, 2012, killing three children. On January 17, the prosecutor involved with the case announced that no charges would be filed following the investigation of the incident.

According to The Associated Press, the 34-foot Silverton yacht, which was carrying 17 adults and 10 children, sank more than 60 feet beneath the surface after those onboard enjoyed an Independence Day fireworks celebration out on the water. At the time, experts wondered if overcrowding had caused the vessel to capsize, so an investigation began.

“The investigation uncovered a unique combination of circumstances that led to this specific boat’s capsizing,” a spokesman for Nassau County District Attorney Kathleen Rice said in a statement, noting, for example, design flaws in the vessel. Ultimately officials concluded that the findings could not support criminal charges that require proof beyond reasonable doubt, though the boat’s manufacturer does suggest a maximum load of 10 people.

Boat owner Kevin Treanor’s attorney, James Mercante, issued a statement following the announcement expressing gratitude to the prosecutor and the law enforcement team who conducted the investigation. Treanor’s 11-year-old daughter was one of the children who died in the unfortunate incident, and Mercante said that the only solace the news brings is that his client will be able to continue grieving in peace.

Unfortunately there are a number of risks associated with owning and operating personal watercraft. As such, many boat owners turn to marine insurance agencies who can help them find the best rates and ensure that they are covered in the case of an accident.