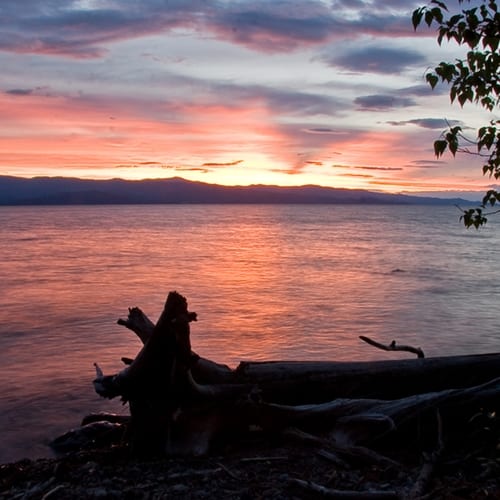 A two-boat collision on Lake Guntersville in Alabama on Saturday, February 23, could have turned deadly if not for the quick reaction from a couple who witnessed the incident.

According to the Sand Mountain Reporter, a regional news source, 47-year-old David McKinney was alone in his bass boat at around 12 p.m. when a second vessel crashed into him, leaving him slumped over the side of his boat with his face in the water.

Brian and Melissa Yeazel, who were doing a test drive in their watercraft with another couple, saw the accident and rushed over to make sure everything was okay. When they found McKinney face-down in the lake, they pulled him onto their boat and realized that he had turned blue and was not breathing.

McKinney was rushed to Marshall Medical Center North and later transferred to Huntsville Hospital. His wife, Allison, said that he is still experiencing some physical distress as a result of the crash, but that she and her husband both feel lucky that the Yeazels were nearby to help. They also said they are thankful that none of their three sons had joined their dad on the water that day.

"[David is] still hurting all over, but especially in his head," Allison said. "He's suffering from heart rhythm problems, but the doctors think that is related stress from the accident and the impact. They think it will clear up with medication in time."

A quiet day on the lake can turn dangerous in a matter of seconds, which is why it is important for boat owners to take proper precautions such as wearing life jackets and investing in marine insurance to ensure that they are covered in the case of an accident.