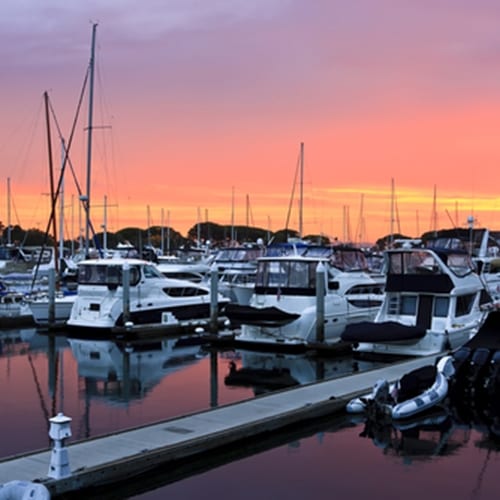 It's winter time, and marinas aren't quite as packed to the gills as they tend to be during the dog days of summer. However, boat shows are going on throughout the country this time of year, and based on their attendance levels, new and long-time marina users are sure to fill up what spaces they still have available.

Each boating and sailing season brings with it different experiences and trends. What can marina operators expect to find lurking in their waters once summer comes around again? The National Marine Manufacturers Association has some predictions on what to look out for.

Big boats are back – in a big way
Marine owners can attest to the fact that some seasons see more types of specific watercrafts than others. For instance, powerboats were super popular in the mid-to-late 1990s, and still are today. But what's diminished in commonality are yachts in the wake of the Great Recession.

"Expect to see more yachts stationed at the nation's marinas."

It looks like yachts are very much back in business, according to NMMA's forecast. Last year, for example, yacht sales rose between 1 and 3 percent,  and the fruits of those gains are expected to be realized out on the water.

Smaller, versatile boats to make waves
At several thousands of dollars, boat ownership may seem out of reach for buyers. However, boating has risen in popularity, and manufacturers have responded in kind by developing smaller boats, like pontoons and those geared for watersports, according to NMMA's  outlook. So, in addition to seeing huge yachts, smaller boats will be among the maritime masses.

Smart technology to engulf boating community
Handheld and wearable devices are everywhere these days because these forms of technology make communication simpler and more enjoyable. Boat owners are no exception to the mobile technology revolution. NMMA says marina owners shouldn't be surprised to see their tenants piloting their watercraft using remote-controlled joysticks. They may also see more mounted devices that manufacturers are installing that are smartphone or Bluetooth compatible.

Powerboats to command a stronger presence in Florida
As aforementioned, powerboats have been an industry staple and marina regular for well over a decade. Some states have seen more sales than others, though, and this will be apparent on the waters this year, NMMA referenced. Nowhere will this be more apparent than in Florida. For example, in 2015 – the most recent year in which data is available – power boat purchases in the Sunshine State rose 11.4 percent from 2014. Combined, sales amounted to $2.6 billion, nearly double that of Texas ($1.4 billion). There are roughly 2,000 marinas in Florida, according to NMMA's estimates, newly minted powerboat owners should have a good selection of marinas to dock at.

Marina owners may have a sneak peek about what kind of trends they'll find bobbing in the waters this summer, but you never know what events will transpire that make having coverage a necessity. Be sure to update your company insurance policy with Fisk Marine Insurance International so you're not left treading water after an accident.