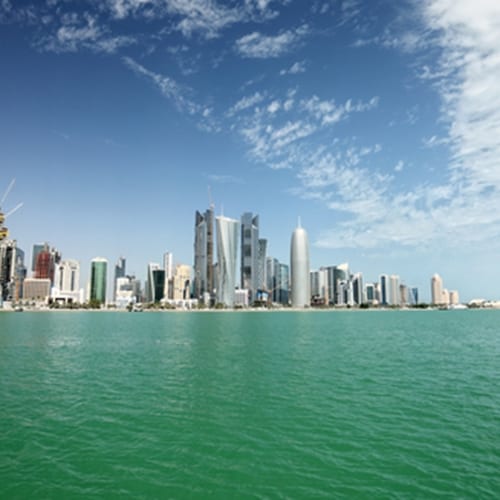 Following up last week's news of the Mariner platform off the coast of Scotland set to put its drilling operations in place, there is news out of the Persian Gulf that one of the world's richest oil company's has begun operations on a new offshore facility of its own.

Last week, the Manifa oilfield off the coast of Saudi Arabia began official oil production as it sets to ramp up to full capacity. The facility, which is owned by Saudi Aramco, is composed of a series of oil rigs set up on 41 man-made islands in the Persian Gulf. These island are all connected by 41 kilometers of causeways and bridges over the water. Currently, the Manifa oilfield is projected to produce 500,000 barrels of oil a day by July. By the end of 2014, the number is expected to reach up to 900,000.

The complexity of the operations is  even more impressive considering the oilfield has started production three months ahead of schedule. The early completion of the Manifa facility is evidence as to what can happen when offshore engineers work in conjunction with laborers to successfully move building efforts along.

"It really opens a new page in terms of overcoming various hurdles and complexities most notably through human and technological innovation," Saudi Aramco's chief executive Khalid Al-Falih said in a statement.

According to reports, the offshore facility is not expected to increase overall oil production for Saudi Aramco. Instead, officials have stated that the Manifa installation will be used to ease pressure off of land-based operations.

Whenever a company looks to transition operations away from land, it's vital that it invests in adequate offshore oilfield insurance to make sure that all labor and property is protected from the bevy of hazards that are part of the drilling industry.