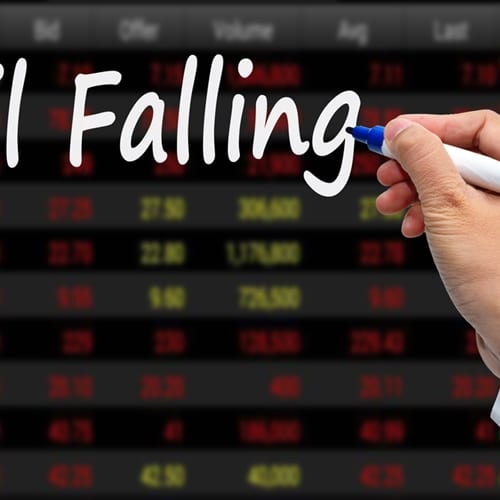 Oilfield project managers have a lot on their collective plates when it comes to managing their day-to-day operations, almost all of which require money to accomplish successfully. However, with energy prices down virtually across the board – the exception being electricity, where costs have risen slightly since 2014, according to the U.S. Energy Information Administration – there are fewer financial resources to work with, meaning there's less room for error.

Based on the results of a newly released survey, a fairly substantial number of businesses in the energy industry aren't tailoring their practices to account for today's market realities.

Less than one-third have set up return-on-capital targets
Only 30 percent of energy firms have established financial targets that enable them to determine whether they're getting the best returns on investment for their capital expenses, according to a recent poll conducted by AlixPartners. Additionally, slightly more than 10 percent of respondents believe they're performing better than their competitors in executing their predetermined projects and goals they've established, with only 1 in 5 firms from North America indicating they finish their projects on time and on budget. That compares to the 29 percent average among international companies responding to the survey.

Dennis Cassidy, AlixPartners managing director and co-head of the business advisory service's firm's oil, chemicals and gas practice, noted how higher energy prices gave energy executives more room for error. Things have changed quite a bit since then, which requires leaders to make the appropriate adjustments in response.

"Strong energy prices in recent years have allowed companies to delay putting an emphasis on project management, as they focused instead on the urgent need of achieving greater throughput," Cassidy explained. "But that was then and this is now. "In the current environment of falling prices, plus increasing geologic and technical challenges, a new focus on building a 'cost culture' into each and every project is mandatory."

Insufficient quality control may explain why effective project management is lacking. For example, well less than half of respondents – 39 percent – said they had built a "strong series of checks and balances" to help ensure that projects stayed on the course and on budget, the poll showed. Additionally a mere 11 percent said they implemented a stage-gated process to gauge how realistic projects were at achieving certain milestones.

Financial returns taking longer to materialize
Complicating matters further for energy companies' are projects taking more time to complete before seeing any real returns. For example, 66 percent of oil exploration companies noted it takes "significantly longer" to realize economic gains from tasks, AlixPartners reported from its findings. This compared to 40 percent of integrated oil and gas companies and 47 percent of drillers.

"The good news is that creating a true, soup-to-nuts cost culture can not only yield significant returns, if implemented properly it can be the approach that offers a lower degree of social impact, which of course can be of use once markets change yet again," Cassidy advised. "If history is any guide, companies that simply go into shut-down mode given today's tough market will rue the day when the market turns yet again."

The dynamics of the energy industry in general – and the oilfield specifically – are in a constant state of flux. That's what makes Fisk Marine International the best because our services shift according to the dynamics of the moment. Fisk Marine has over 40 years of customized experience in the marine and oilfield industries so projects are accomplished on time and on budget – regardless of what obstacles are thrown in the path.