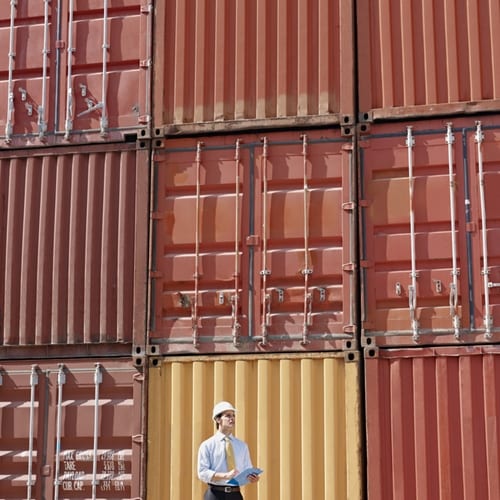 According to the BBC, the Globe, the largest container ship in the world, arrived in the Port of Felixstowe in Suffolk, UK, this week. The ship is Chinese-owned, but its presence in the Western port is giving many a close look at its immense size and shipping capabilities. It is currently on its first voyage around the world after departing from its home port of Shanghai last month.

Described by one expert as "an office block lying on its side," the Globe is more than 1,300 feet long and can fit more than 19,000 shipping containers. Its two-stroke engine alone is a current record-holder at more than 56 feet tall and operating at greater than 56 megawatts of power.

However, as impressive as the Globe is, it's just one of a growing trend of vessels that push the established limits of container ships. The Telegraph spoke to Clemence Cheng of Hutchison Ports UK, the company that owns the Felixstowe port, on the way that cargo ships are expected to get larger and what this means for that facility.

"We know what our customers are planning and are investing to meet that demand," Cheng said. "We are gearing up to handle vessels of a different scale. Plans are rumored to be on the drawing board for ships that can carry 22,000 or even 24,000 containers. The only real restriction is the Strait of Malacca."

As part of this pattern, the BBC also noted that the Globe will be losing its title of "world's largest cargo ship" later this month when an even bigger vessel, the Oscar, is officially launched.

Amidst all the innovation and christening of new ships, operators need to manage international marine insurance to keep their crew, cargo and boats under proper coverage.