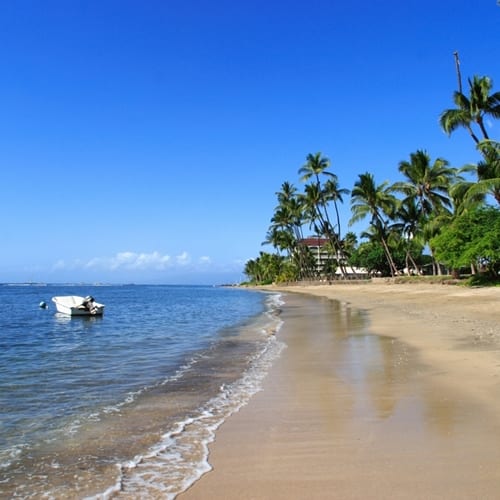 A ship sinking off of the coast of the Hawaiian island of Oahu has led local authorities to investigate the impact of possible fuel spillage. While all of the 11 passengers onboard the Nalani have been rescued, the boat reportedly contained 75,000 gallons of fuel at the time of sinking, which could possibly leak into the ocean and affect wildlife. Even though some evidence of spillage has been reported, there has yet to be any significant environmental damage noted as a result.

According to CNN, the U.S. Coast guard spotted three miles of water with "a very light oil sheen" from the air. They planned to conduct further assessments later and monitor the site where the Nalani sank near Barbers Point Harbor on the southwestern part of the island. There has also been a diesel smell reported in the Nanakuli area.

Coast Guard representative Zachary Smith spoke to Hawaii News Now about the accident and what the response team has been doing since to cope with possible environmental threats. Air sampling tests should help the crew on the shore determine if and when conditions become dangerous for human residents.

"Right now, we're working with state and local partners as to how we're going to proceed on this," he said. "We also contacted NOAA and requested an oil trajectory to where, if there's a release, where all this would make landfall."

The full possible fuel capacity of the Nalani is 99,000 gallons. The source further stated that the vessel was carrying 75,000 gallons of fuel in its tanks because it was participating in a test run for future expeditions to South America and back.