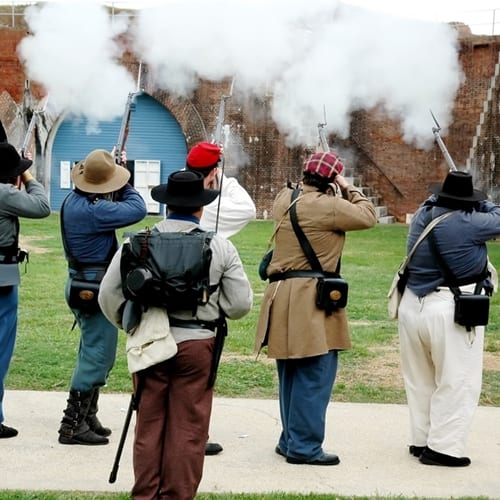 Even though archeology and historical excavations can be slow-moving affairs, new discoveries happen all the time that make the world of the past come to life, and properly insured marine vessels are a part of that. What's more, you don't have to dive 20,000 leagues to find something of interest: CNN has news of a shipwreck that dates back to the Civil War found in Georgia's Savannah River.

The ship, fittingly named the CSS Georgia, is said to have been part of the Confederate war effort dating back during the Civil War and has rested in its spot for nearly 150 years. A large piece of the ship was discovered in the river in the effort to clear the channel for further construction as decisions are made as how to remove the rest of the wreckage.

Believe it or not, divers and other support crew can stumble upon such discoveries in the midst of doing something else, and can need the sort of the coverage that you may not be prepared to give without reliable information from a marine insurance provider.

Can you imagine sending out workers for what appears to be a routine operation only to see them signed on for far more intensive work recovering old pieces of a ship? In an official release from the United States Army, archeologist Julie Morgan described the importance of this early effort and what to expect in the future.

"This retrieval will play a major role in creating a research design to effectively remove the CSS Georgia before expanding the shipping channel along this stretch of the Savannah River," she said.

What's clear is that the more attention is paid to these efforts, the more equipment, staff and watercraft insurance will be needed to make an expedition a success and open up more historical information to the masses.