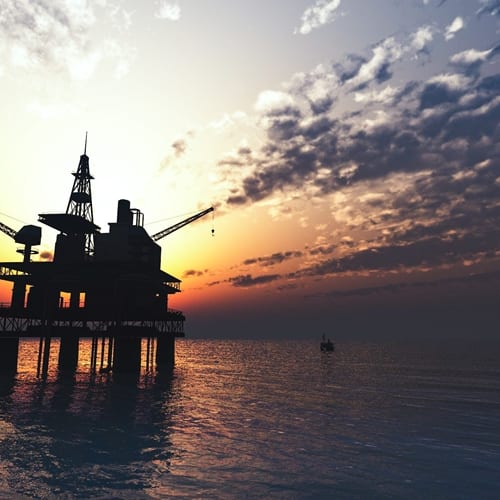 While rewarding and highly important to the U.S.' economic health, oil and gas management is a dangerous profession that demands the strictest of compliance controls, as freak incidents can develop that run the risk of threatening employees' safety. This was the case in Louisiana over the weekend, when an oil rig exploded along Lake Pontchartrain, resulting in several injuries and potential pollution.

First reported by the New Orleans Times-Picayune, on Sunday night at approximately 7:15 p.m. local time in the city of Kenner, an oil rig went up in flames, due to an apparent explosion that remains under investigation. Seven workers who were in the vicinity of the blast were injured, according to Kriss Fortunato, Kenner deputy chief administrative officer.

"The Emergency Operations Center is aware that an oil platform is currently on fire in Lake Pontchartrain and that it caused the loud sound earlier tonight," officials from St. Charles Parish wrote in a Facebook post late Sunday evening. "Officials are responding."

Seven transported to local medical facilities
Upon arrival, officials were able to successfully locate and administer emergency medical services to those who were injured, transporting five of the workers to University Medical Center in New Orleans and two to East Jefferson General Hospital in Kenner, Fortunato relayed to the Times-Picayune.

Andrew Love, who lives approximately two miles away from where the blast occurred, told the newspaper that the explosion was so powerful that he could actually feel it, causing the ground to shake.

"At first I thought it was a sonic boom or something," Love explained. "I had no idea what was happening."

Several area residents further attested to the impact of the blast, noting its overwhelming noise that resonated for miles, according to CNN.

Response teams were swift
In addition to the Kenner Fire Department, several other emergency crews responded to the scene, including the local chapter of the U.S. Coast Guard, Louisiana Wildlife and Fisheries and police officers from multiple parishes, among them Jefferson and St. Charles, the Times-Picayune reported. While there aren't any fatalities from the explosion, one crew member who was on the platform is unaccounted for, resulting in a search and rescue led by the Coast Guard. However, the effort was ultimately scuttled late Monday evening.

"The decision to suspend a search is never an easy one," Coast Guard Commander Zac Ford said in a statement. "We send our thoughts and prayers to the … family and all those affected by this incident."

An inquiry into the ultimate cause of the explosion is ongoing. Although initially the blast wasn't believed to have resulted in oil leaking into Lake Pontchartrain, officials have since backtracked, East Bay Consolidated Fire Department chief Dave Tibbits told reporters. If this is indeed accurate, drinking water shouldn't be impacted, as residents in Jefferson Parish get their supply from the Mississippi River, parish president Mike Yenni confirmed to CNN.

Fortunately, accidents of this type are unusual, but they do happen from time to time and can be challenging to recover from. Fisk Marine Insurance International stands ready and willing to be of assistance to oil field engineers, crafting personalized solutions that project managers can rely on.