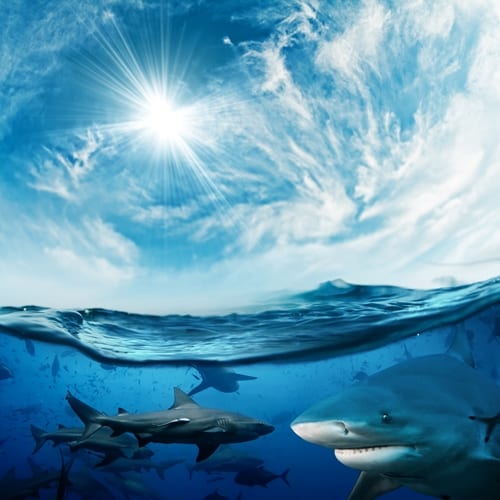 A special smart buoy system called, appropriately enough, "Clever Buoy," is putting modern technology to the purpose of monitoring sharks off of the coast of Australia.

ZDNet recently spoke to Hamish Jolly, director of Shark Mitigation Systems, which is working on a sonar-powered unit that would theoretically improve beach response to shark attacks as well as help scientists obtain valuable data about these creatures. What makes this solution so novel is the way it's linked to Google accounts: when a sonar-enhance buoy detects a shark in the water, it can alert Google+ users online, as well as lifeguards nearby.

"We're reusing commercial software that's already used in the oil and gas industry to prevent seals and other mammals from getting into subsea turbines, and then we're calibrating that software to be able to hunt for the sonar signature of a live shark," Jolly told ZDNet.

The trial for the Clever Buoy took place off of the southeast coast of Sydney at Bondi Beach. According to the SMS website, this system is set to be commercially available sometime later this year. An FAQ from the official project site adds that the sonar can detect objects within an estimated range of 60 meters (almost 197 feet), and that it will be able to distinguish a shark from other marine animals. The companies involved want to use this device internationally to thwart shark attacks.

In addition to Google, another major company involved in this effort is Optus, which is offering the network capable of making the Clever Buoy's work possible.

Harvesting data from different systems can be challenging work for those that have to worry about invalid insurance coverage. Marine contractors may want to start with an insurance company that has worked within the marine industry before settling on the coverage that suits them.