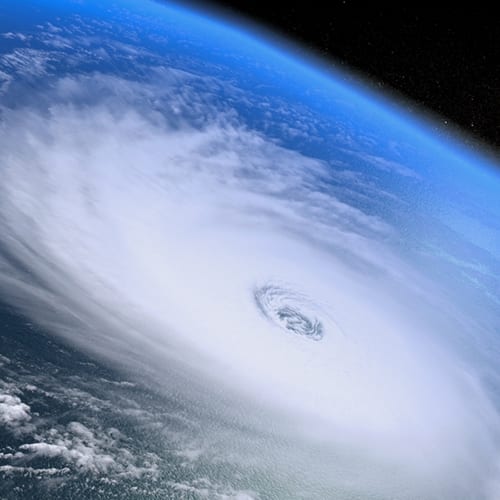 Hurricane season is an annual period that always finds commercial divers and marine contractors in rapt attention to their local weather reports. From June 1 to Nov. 30, the atmosphere is primed for instability, as the elements that epitomize hurricanes and tropical storms – like gale force wind gusts and torrential downpours – can turn a run-of-the-mill task into a potentially deadly one if precautions aren't taken.

But in effort to keep both the marine industry and homeowners safe and in the know, the National Hurricane Center is rolling out new forecasting services that should help everyone prepare more effectively.

"The NHC will issue watches and warnings when storm surge is possible."

Storm surge warnings, watches
One of the most damaging forces associated with hurricane activity is storm surge. As the National Oceanic and Atmospheric Administration defines it, storm surge results when the seas rise higher than they typically do during high tide cycles, potentially resulting in flooding for homeowners or unnavigable waters for marine professionals and commercial diving entities. Thanks to improved forecasting technology, the NHC says it will be issuing storm surge watches and warnings when this threat rears its ugly head. A watch means that there's the potential for storm surge within 48 hours. A warning is more immediate, issued when forecasters believe "life-threatening inundation" is possible in 24 to 36 hours.

Typically, meteorologists don't reference the potential for tropical storm activity until they can say with a reasonable amount of confidence that one is on the way. But in 2017, the NHC wants to err on the side of caution, noting that it will issue watches and warnings for atmospheric disturbances that could result in hazardous weather conditions. This includes hurricanes, tropical storms and tropical cyclones.

It doesn't take much for winds to cause serious damage to property or cancel plans for commercial diving activity. The NHC notes that a Category 2 storm – which produces wind speeds of at least 96 miles per hour – has the potential to cause "extensive damage" to solidly constructed properties and even uproot trees. Because of this, the NHC says it will be forecasting when tropical storm force winds are expected to arrive, giving people the time they need to make the appropriate modifications.

Season may be quieter than normal
May 7 through 13 was Hurricane Preparedness Week. Though the NOAA has yet to indicate what this season is expected to be like in terms of activity, other forecasters have provided their two cents.  One of the more highly regarded is Colorado State University's Phil Klotzbach, who heads CSU's Tropical Meteorology Project. Klotzbach is anticipating a total of 11 named storms, which is slightly below the 30-year average of 12 during the typical hurricane season. Of these named storms, four are anticipated to be hurricane strength. A Category 1 hurricane – the weakest variety on the Saffir-Simpson Wind Scale – produces winds between 74 and 95 mph. Two of the hurricanes are projected to be major, meaning gusts move at a minimum of 111 mph. This is in line with how many major storms usually occur during the Atlantic hurricane season.

Even though June 1 through Nov. 30 is not expected to see a plethora of tropical storms, forecasters warn that all it takes is one to make a quiet season seems like anything but. With this in mind, the Federal Emergency Management Agency has a variety of online resources designed to help people prepare. FEMA also encourages business owners and contractors to conduct a business impact analysis,  which serves as a litmus test that helps determine how resilient companies are to catastrophe-related threats.

FEMA provides sound advice, but contractors should be sure to update their marine insurance policies so that they're properly covered before hurricane season officially begins. Fisk Marine Insurance International is the marine industry's one-stop coverage headquarters, including general liability, property damage, contractors equipment and watercraft protection.