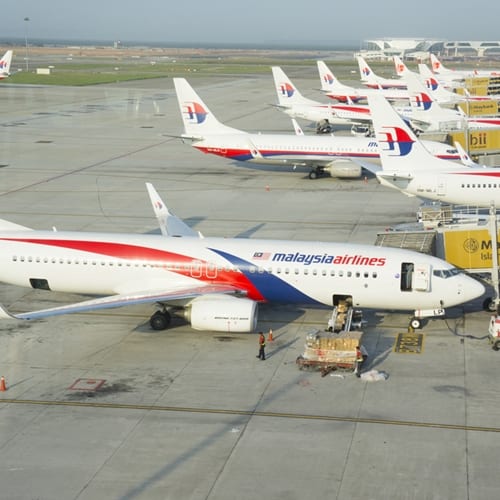 Last year, the lost Malaysia Airlines Flight MH370 disappeared after mysteriously veering off course. New information has led to more theories surrounding the plane's ultimate fate, including an estimation of where exactly the craft crashed last March. According to information presented by the BBC, the spot is believed to be between Australia and Reunion Island in the Indian Ocean.

While there isn't any conclusive evidence about the wreck as of yet, the search for more clues has yielded some debris that may be connected to the plane. CNN reports that one piece of an airplane wing, a flaperon, seems to have divided opinion: while Malaysia insists that it is from the lost aircraft, other authorities disagree that there is anything concrete to suggest as much.

Other debris has been discovered, but as the source says, there's nothing distinctly connecting it to the MH370. Abdulla Rasheed, a captain of a capsized barge believes that the wreckage comes from his former vessel.

The BBC quotes Liow Tiong Lai, Malaysia's Minister of Transport, who warned in a statement against making too many assumptions.

"We will be dispatching a team to the Maldives to view the debris as well as conduct preliminary verification of the debris," he said. "Undue speculation will only stress the families and loved ones, anxiously awaiting news on this matter."

Searches for lost debris can take a long time, leading overseers to put divers and ROV units in precarious positions. In some cases, international marine insurance may able to cover the many different kinds of systems and personnel you need to recover lost debris or investigate remote sites.