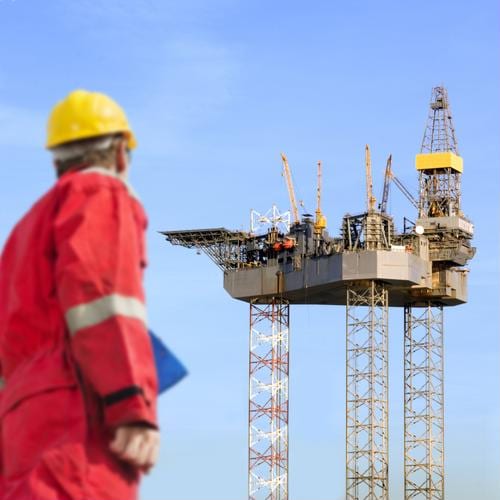 Oil and gas projects, previously stymied by regulatory strictures, are poised to proliferate in the coming months, as the government is preparing to up more areas to drilling that were previously off-limits. But one of the places that won't see more oil exploration is off the coast of the Sunshine State.

Perhaps influenced by state and local lawmakers, the Department of the Interior reversed its decision regarding opening up more federally protected waters to drilling activity in Florida, the Maritime-Executive reported. The about-face follows a closed-door meeting Florida Gov. Rick Scott had with Interior Secretary Ryan Zinke, wherein Scott reportedly asked the Interior to reconsider.

"Based on media reports, it is likely that the Department of the Interior will consider Florida as a potential state for offshore oil drilling – which is something I oppose in Florida," Scott said in a statement obtained by Politico.

90% of offshore reserves will be available for drilling."

White House announced offshore drilling expansion
On Jan. 5, the White House revealed that in an effort to further propel the economy forward, it intended to expand offshore drilling, opening as much as 90 percent of coastal waters to oil and gas project exploration and discovery over five years. These include tracts of land on both the Atlantic and Pacific coasts of the U.S.

In a statement, Zinke said this is being done with environmental protections in place.

"Responsibly developing our energy resources on the Outer Continental Shelf in a safe and well-regulated way is important to our economy and energy security, and it provides billions of dollars to fund the conservation of our coastlines, public lands and parks," Zinke said in a press release, made available to by the Department of the Interior. "[This] announcement lays out the options that are on the table and starts a lengthy and robust public comment period. Just like with mining, not all areas are appropriate for offshore drilling, and we will take that into consideration in the coming weeks."

Tourism industry stood to be adversely impacted
This latter statement appears to be in line with the Interior's determination that Florida is best left alone. During a press conference after meeting with Scott, Zinke told reporters that given the state's heavy reliance on tourism, drilling expansion had the potential to be counterproductive, both to the state and federal economy, the Maritime-Executive reported.

Scott isn't the only governor who feels his state should be excluded from the drilling expansion. The same goes for South Carolina Gov. Henry McMaster.

"It is just too important," McMaster explained. "This is a matter of serious importance to us in South Carolina."

Supporting the expansion of drilling is the American Petroleum Institute. API director Erik Milito said safety standards over the years have strengthened, and as such, increased energy production shouldn't compromise the environment.

"The administration's new offshore leasing plan will give our nation the ability to access our vital energy resources to help meet growing domestic and global demand while helping to supply affordable energy for consumers, manufacturers, and businesses," Milito said in a statement.

Oil field project managers have a friend in Fisk Marine Insurance International. The dynamics of the industry are in flux and we'll be with you every step of the way, as our experience in the marine and oil field insurance industry runs deep.