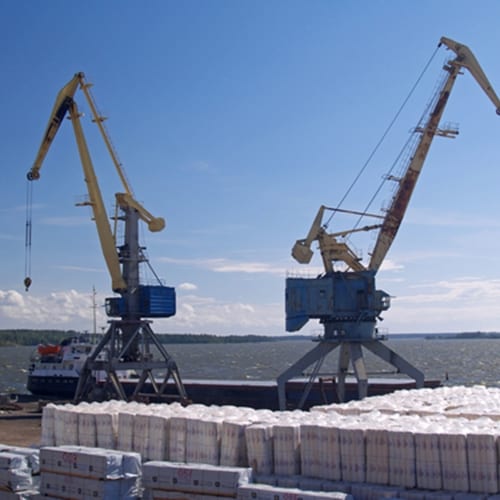 Just when it appeared that things couldn't get worse for Carnival Cruise Line's public image following its bevy of ship breakdowns earlier this year, they did.

Last week, the 900-foot Carnival Triumph, which experienced a well-publicized breakdown earlier this year, tore loose from its dock housing and floated downriver before crashing into the shore colliding with another ship. The incident is reminiscent of a similar story earlier this week of a cargo ship crashing into a bridge that connected New Hampshire and Maine. The Triumph became infamous earlier this year when the vessel unexpectedly lost power off the coast of New Orleans, leaving the ship's passengers in horrible conditions when the onboard sewage systems backed up.

The cruise liner had been docked in Mobile, Alabama as it underwent repairs for the fire that caused the breakdown. It took four tugboats to retrieve the vessel and bring it back safely to the dock. The Triumph had broken loose as a result of the 70 mph gusts that had ravaged the area. None of the roughly 800 workers onboard were injured.

As a result of the incident, the ship suffered a 20-foot gash that was 2-to-3 feet wide on the front​ side of the hull. Two levels of railing were also damaged beneath the breach. However, Carnival claims the overall damage was minimal.

This event is another example of the dangers that commercial boat owners face every day, whether their property is out on the water or docked. Wind and other harsh conditions are always a hazard, even when a ship is in port. This is why it's vital for individuals to make sure they seek out proper marine insurance in order to avoid a complete loss. However, as this particular incident showed, facilities managers should also make sure to invest in boat dock insurance.