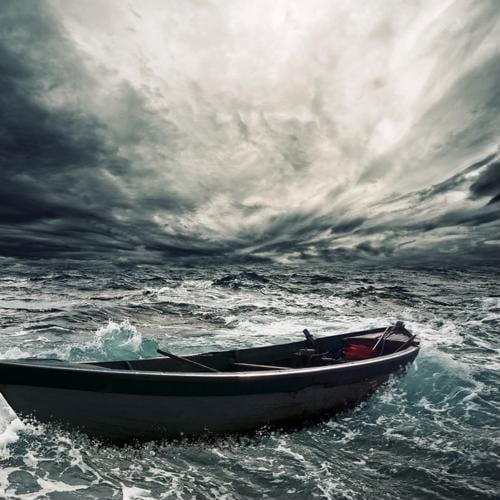 Coastal homeowners aren't the only ones sitting on pins and needles when hurricanes are in the forecast. The same can be said for marine contractors. With hurricanes being coastal storms – and marine contracting activity typically taking place along the coast – offshore marine services are in the line of fire when storm clouds gather.

And after what turned out to be one of the busier years in recent history for hurricane development, the upcoming season could be similarly sprightly, according to weather watchers.

The 2018 Atlantic hurricane season has the potential to see more tropical storms than usual, based on estimates from Colorado State University's Department of Atmospheric Science. Due to climatic influences and their interaction with ocean temperatures, 14 named storms will take shape between June 1 and Nov. 30, the typical period where the threat of hurricanes is the greatest CSU forecasters believe. Of these weather events, seven are projected to reach hurricane capacity, with three of them classified as "major." A hurricane gets this status when wind speeds reach at least 111 miles per hour, which the National Hurricane Center acknowledges is forceful enough to cause devastating amounts of damage, even to the point of uprooting trees.

Harvey, Irma, Maria worst of last year's hurricanes
In 2017, millions of people along the Atlantic got an up-close-and-personal understanding of Mother Nature's wrath. Prior to last year, a major hurricane hadn't made landfall in more than decade, tracing back to 2005 when Hurricane Katrina struck the Gulf Coast, adversely affecting homeowners, business owners and oil and gas projects. The hurricane triumvirate of Harvey, Irma and Maria changed that drought, with Harvey dropping over 5 feet of rain in and around Houston. The drenching led to billions of dollars in insured and uninsured losses and stifled traffic flow for days on end.

Due to the hurricanes' widespread effects, the National Oceanic and Atmospheric Administration and World Meteorological Organization formally retired these names, meaning they'll no longer be used for storm identification purposes, which normally repeat once every six years.

In terms of how much damage the Category 4 storms resulted in, Harvey and Irma cost the economy $290 billion combined, based on estimates from AccuWeather. In the aftermath of Hurricane Maria, which primarily affected Puerto Rico, property losses totaled $95 billion, according to widely cited Moody's Analytics data.

CSU's Department of Atmospheric Science also outlined the probabilities of a hurricane making landfall. For instance, there's a 63 percent likelihood at least one Category 3 storm or stronger will hit somewhere along the entire continental U.S. coastline. The historical average for the past 100 years has been 52 percent. For the Gulf Coast specifically, the chances of a direct hit is 38 percent, up from a century average of 30 percent.

40 percent of business fail after natural disaster
In part due to their positioning and prevalence, coastal homeowners are cautioned the most this time of year to ensure they have a plan in place to mollify the magnitude of hurricanes, such as by mapping out evacuation routes, putting together necessary supplies in case of long-term outages and reviewing insurance policies. Business owners stand to suffer similar adverse effects – if not more so – as many of those hit are unable to recover fully. According to the Federal Emergency Management Agency, an estimated 40 percent of small businesses don't reopen shortly after a natural disaster. A year later, an additional 25 percent end up out of business due to unsustainable operational costs.Three years in the aftermath, 3 in 4 business that don't have a continuity plan wind up closing down permanently.

For more information on how to increases the chances your business stays afloat after a weather-related catastrophe, download FEMA's hurricane preparedness toolkit. For all your maritime insurance needs, Fisk Marine Insurance International can provide access to the services you require at a price you can afford.