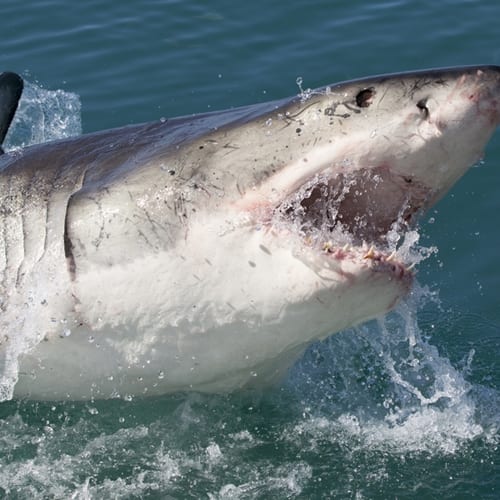 Media divers have commercial diving insurance concerns that overlap with other kinds of underwater workers: They need to be covered in case of injury and have to take care of their suit and equipment. However, divers with cameras also face unique hazards that present specific challenges, especially when wildlife is involved.

Shark cameraman Joe Romero was recently interviewed for ActionHub regarding his work filming different species of underwater predators. Romero, who works for the Discovery Channel's "Shark Week" and is co-founder of his own production company, describes the nature of the filming he does and how it allows him to get close to potentially dangerous creatures.

"My first experience really was swimming with blue sharks and mako sharks. It was my first time on an actual dive where I saw a shark while underwater," he said. "There was a seven-foot blue shark and a two-foot mako, and it really was like what I expected, but the mako was so small yet so fast and just darted around."

He describes how paying for his first camera for a major network gig required him to work as an artist to save money. He also discusses his effort to document the shark honestly, as he considers it an "iconic" and misunderstood animal.

Sharks aren't necessarily an automatic risk to camera equipment, but they do require that divers and the companies that they work for stay focused and follow regulations. Video camera work differs from still photography, and any project that involves either or both of these disciplines demands compliant commercial diving insurance.