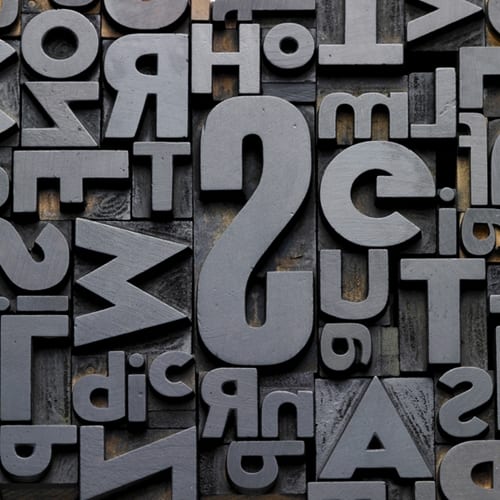 This past February, the BBC profiled a designer named Robert Green and his search for the remains of a discarded typeface in the Thames River in the UK. According to the source, in 1916, the founder of Doves Press in London secretly threw the original metal type the press used into the water. Though he eventually revealed what he had done, the pieces of lettering were lost for almost a century until Green began his search.

After working with professional divers, 150 pieces of the lost type were recovered in total, enough to restore some sense of this font and what it looked like as a coherent style. Even before these pieces were discovered, Green was still able to create an emulated version of the typeface based on study of works that had been printed with it. Some of the type segments were discovered washed on the shore during low tide.

Some underwater discoveries are large and housed within ships or other containers, but in this case, the scattered nature of the type made it a challenge to locate. TJ Cobden-Sanderson, the professional printer behind the press, disposed of the type pieces himself through the course of 170 trips to the river, as Green told the source. Green used notes from the printer's journal to base his search on and find some of these missing letters. The rest of the lost type pieces are expected to be under concrete and therefore out of reach.

In the tight environs of a busy river, dive teams could expose themselves to environmental and manmade hazards while attempting a recovery expedition. In a financially risky situation, commercial diving insurance will be a great benefit for operators who need recompense if something unexpected happens.