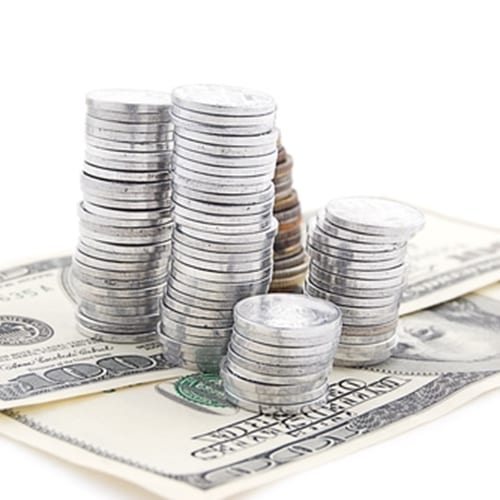 BBC News recently reported on a salvage effort that led to the discovery of a large amount of silver Indian rupees in an underwater steamship, the SS City of Cairo. While the site of the downed ship in the South Atlantic Sea has been known since 2011 and the salvage effort completed for two years, the UK Ministry of Transport has just now officially announced the find.

The treasure recovered from this ship by contracted commercial salvage team Deep Ocean Search (DOS) equals $50 million, or £34 million. The combined weight of the coins equals 100 tons: after the discovery, the rupees were reportedly melted down and sold.

According to the source,the rupees  were originally being transported by the ship from India to the UK in 1942, when it was sunk by a German U-Boat hundreds of miles off of the island of St. Helena, leaving the survivors to evacuate in lifeboats. A photo included with the article shows the remains of the torpedo responsible for sinking the vessel sitting on the ocean floor.

DOS claims that this operation represents a world record for deep salvage operations, having taken place more than 5,150 meters underwater (the equivalent of 16,896 feet). The Telegraph features comments from Maeva Onde, who spoke with the French source Le Figaro about the submersible used to access the wreck.

"After two hours of underwater descent, the robot transmitted the first images of the wreck," she said. "It was incredible." Onde also added that "We were happy to have fulfilled our mission but at the same time we feel deep respect for those shipwrecked."

For ambitious expeditions in unexplored depths, commercial diving insurance gives the option to reduce concern over the greater risk to divers and the tools that they use for salvage.