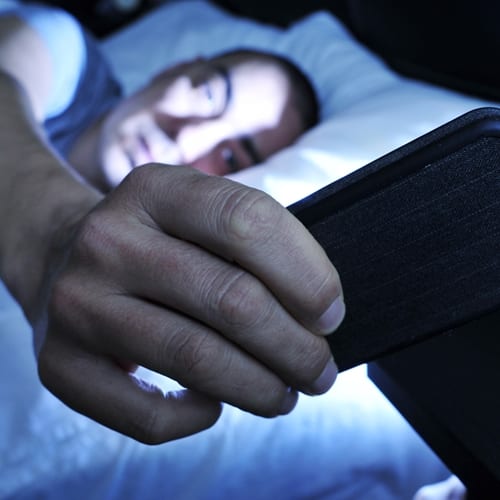 Is the labor force working hard or hardly working? It's definitely the latter of these two phrases, commercial diving professionals included.

The latest evidence of worker weariness comes from a poll conducted by the National Safety Council, which details the degree to which Americans are sleep deprived. So much so, it may put them in harm's way while on the job.

Nearly 45 percent of employees confess that they aren't getting enough sleep, to the point that they may pose a safety risk to themselves or others while working, according to the NSC's most recent survey.

Chronic sleeplessness has been a public health crisis for quite some time. According to the National Sleep Foundation, almost 50 percent of the U.S. population has a hard time falling asleep at least once a week. Even when individuals are able to fall asleep, more than one-third indicate the overall quality of their rest tends to be poor.

9 in 10 exhibit symptoms indicative of worker fatigue
Studies reveal that sleep quality – or lack thereof – plays a big role in performance-related tasks, the kinds that are indispensable on the job. In the NSC survey, a whopping 97 percent of respondents had one of the leading risk factors indicative of worker fatigue, such as being on the job for more than 40 hours per week and skipping breaks. Additionally, almost three-quarters said they often feel sluggish while working.

Deborah Hersman, NSC president and CEO, noted that sleeplessness is more than a mere inconvenience – it's a clear and present danger that both employees and employers must take seriously.

"These findings are a literal wake-up call: When we're tired, we can put ourselves and others at risk," Hersman warned. "We hope Americans recognize that impairment stems not just from alcohol and drugs, but lack of restorative rest – fitness for duty starts with getting a good night's sleep."

Sleep disorders must be diagnosed and treated
Compounding insufficient rest issues are sleep disorders. One of the most common is sleep apnea. An estimated 18 million Americans have sleep apnea, according to the NSF, a disorder that makes it hard to sleep through the night due to breathing disturbances. Smoking, a high body mass index and snoring are all risk factors for sleep apnea.

Sleep apnea can be a major health concern for commercial divers. The Divers Alert Network has chronicled how this disorder has impacted the industry in situations where workers died on the job. Post-mortem autopsies occasionally found decedents had been diagnosed with this condition.

According to commercial diving blog Undercurrent, divers who have sleep apnea and go untreated can have high levels of carbon dioxide in their bloodstream. This can result in excessive nitrogen buildup when divers are working at significant depths, potentially resulting in hypoxia brought on by decompression sickness. Hypoxia is deadly because it robs cells of the oxygen needed to survive.

The consequences of drowsiness are as serious on land as they are on sea, particularly on the roads. According to data collected by the NSC, drivers who regularly sleep six or fewer hours per night can exhibit symptoms similar to motorist intoxication. An estimated 20 percent of all deadly car accidents stem from driver drowsiness.

If nothing else, these statistics confirm the critical nature of a good night's sleep and why employers should keep their workers' sleep health in mind so they can perform at their peak potential and reduce risk.

Fisk Marine Insurance International specializes in offering a comprehensive package of company insurance services so all potentialities are accounted for. This includes general liability, maritime employers liability, workers compensation and medical. This will give divers the health services they need to diagnose and treat ongoing wellness concerns, as determined by their primary care physicians.