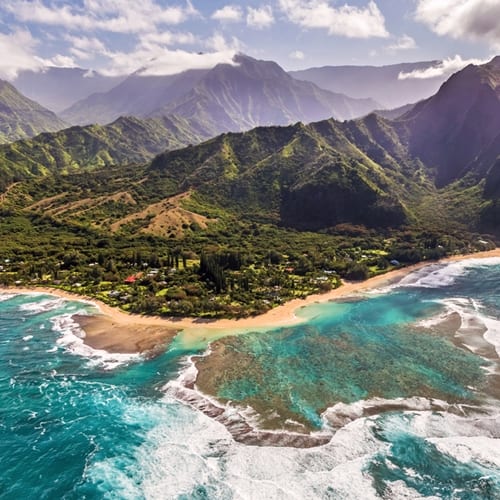 Hawaii News Now reports that a Navy vessel sunk in 1957 has been identified by archaeologists in the waters off the northern islands that make up the state of Hawaii. Although the discovery was made last month, it is only recently that the wreck has been confirmed as the lost Mission San Miguel and incorporated into the underwater Papahanaumokuakea Marine National Monument.

According to the source, the ship, a fuel supply vessel, ran aground while traveling to Guam. It had been used in the Korean War, and one of the scientists involved in the discovery mission, Melissa Price, described it as a "giant, looming structure." As part of a protected sanctuary that includes dozens of other vessels, the remains of the ship will not be raised.

Though the natural conditions of the water made locating the ship difficult, it was successfully found 80 feet underwater. The Monument's Maritime Heritage Coordinator, Kelly Keogh, described to the source the legacy of the vessel now that it is officially under Hawaii's protection.

"This is a ship that wasn't a glamorous part of World War II history, but was an important part,," she said. The same article also documents some of the reactions of the researchers, including Field Leader Jason Raupp, who called the find a "really very, very exciting discovery for the monument."

With all of the hazards that divers may encounter as they seek out new discoveries in murky waters, operators should know for sure that they are covered by appropriate insurance for their person, as well as the equipment they rely on. Companies that understand the specifications of this insurance will make it easier for companies to get the right policy.