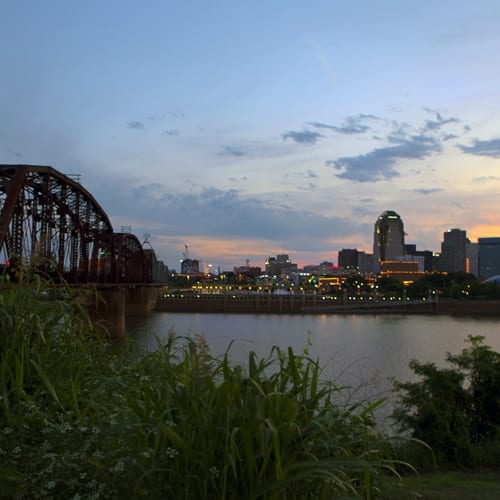 The state of Louisiana has more than 12,900 bridges, according to the Federal Highway Administration, and far too many of them are in a serious state of disrepair. Their condition is so bad, the local chapter of the American Society of Civil Engineers gives the Bayou State's infrastructure a barely passing grade, suggesting road crews and commercial divers have plenty of work ahead of them to get Louisiana's infrastructure back in sound shape.

The Louisiana Section of the American Society of Civil Engineers recently released its annual report card on the overall maintenance and upkeep of the state's thoroughfares, as well as an assessment of a few additional public access areas, like dams, drinking water and levees. While none of the infrastructure systems are, in the ASCE's opinion, failing, there are several areas of concern. Chief among them are the state's roads and bridges, receiving a D and D-plus, respectively, The Advocate reported.

"Over 1,900 structurally deficient bridges in the U.S. are part of interstate highways."

Louisiana certainly isn't the only state where road conditions are sub-par. According to the American Road & Transportation Builders Association, almost 56,000 bridges are considered "structurally deficient" in the U.S. overall. Of these, 1,900 are on the interstate highway system.

Kam Movassaghi, a former transportation secretary and executive director of ASCE's study, told reporters that there's no excuse for allowing conditions to deteriorate as much as they have.

"There is no plan," Movassaghi said, according to The Advocate. "We are piecemealing it. There is no plan to address the state's infrastructure needs."

Legislature floats possibility of raising gas tax
The report, which was released in late April, comes just as lawmakers are in legislative session, deciding on what state and local tax dollars should go toward improving residents' quality of life in the Bayou State. Legislators have debated whether to increase state gasoline taxes so that repair crews have the resources they need to apply the proper fixes.

The most frustrating aspect of the latest ASCE report is that it's no different from previous assessments, according to Movassaghi. In other words, officials have known about the state's deteriorating infrastructure, but nothing has been done.

"We are here because, for the last five years, Louisiana has ignored the signs and failed to take the necessary steps to reverse the course," Movassaghi said. "Frankly, it is embarrassing."

The study was not hastily put together, either. Approximately four dozen civil engineers participated in the infrastructure evaluations, which took place over a period of 18 months. Furthermore, the findings have been independently reviewed and verified by local experts.

"Our infrastructure is poorly maintained, inadequately funded, and not designed to meet tomorrow's demands," the report states. "Consequently, the state is at a disadvantage and will continue to lose its economic competitiveness."

Shawn Wilson, secretary for the Louisiana Department of Transportation and Development, noted that the fault lies in poor planning.

"We have not invested the way we should have for infrastructure," Wilson told The Advocate.

Experts assigned to estimate what the fixes will cost say $700 million in transportation spending is necessary.

To the uninitiated, commercial diving may seem like a niche profession, when in actuality, its involved in a wide variety of projects that people rely on, including bridge repair, inspection and construction. Fisk Marine Insurance International provides the industries that employ commercial divers with the coverage they need to get their jobs done. For more information on the industries we cover and what our plans include, click the "Industries" tab on our homepage.