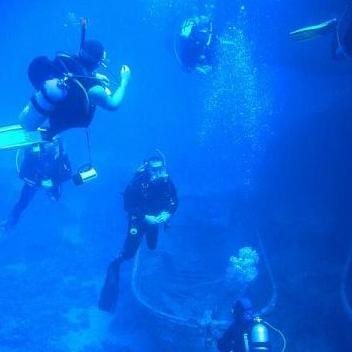 Commercial diving insurance is a necessity because professionals never know exactly when a mishap may arise. Recently, the New Orleans Times-Picayune reported about the case of Hung Ngyuen, a man who disappeared off of the deck of an area vessel and is believed to have fallen overboard last week.

It is significant because this boat was, according to the source, a diving vessel for a local underwater services company. However, even storied professionals in the field can find themselves faced with situations that aren't anticipated. As of last week, Nguyen, who was in civilian clothes, was given a high chance of survival due to the conditions of the Gulf of Mexico this time of year.

Those workers who make this their livelihood and put themselves in potentially hazardous environments regularly can take some precautions to ensure they are safe, or at the very least have a reduced chance of injury. Tanya Streeter, described as a "world champion free-diver" in the Caymanian Compass, recently spoke to that source about the importance of staying informed and prepared. To that end, she suggested regular training and re-training, even for the experienced commercial diver.

"It's one of those things that you can do, as unhealthy and as out of shape as you've ever been," Streeter said. "If you're not diving two or three times a year, you should be doing the refresher course."

Verifying the strength of one's commercial diving insurance policy should be a fundamental part of life for anyone in this business, and it can be seen as another preventative measure—as important as good training and exercise.