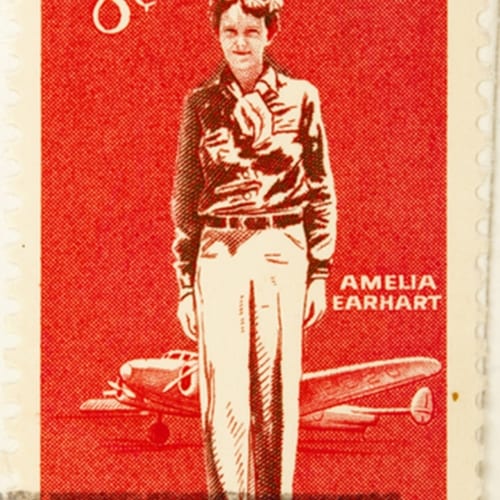 The disappearance of Amelia Earhart's plane in 1937 has always been one of the great mysteries of aviation history, and according to CNN, there may be new evidence to help scientists understand what happened. In 1991, a metal fragment called "the Miami Patch," believed to be part of Earhart's Lockheed Electra plane, was recovered from the Pacific Ocean.

The new allegations come from the the International Group for Historic Aircraft Recovery (TIGHAR), which claims the piece of metal matches up with the structure of Earhart's plane perfectly. The patch was originally found near the island of Nikumaroro in the South Pacific Ocean.

Although some skepticism persists about the true nature of this piece, TIGHAR announced in a press release that it will be further investigating the site of the discovery again, starting next summer. It believes that, contrary to popular opinion, Amelia Earhart and her navigator Fred Noonan landed safely on the island instead of disappearing at sea.

The artifact is not, as previously suspected, a random fragment from an aircraft shredded by the surf, and its removal from the aircraft appears to have been due, at least in part, to human action," the statement says. "That could only happen if the patch was broken out when the aircraft was on the reef surface – but when and by whom?"

Back when Earhart's craft first disappeared, millions of dollars were spent trying to find out what happened to her. This new resurgence of interest could inspire a similar effort, in which case all crews involved need the proper diving insurance to protect their active expeditions.