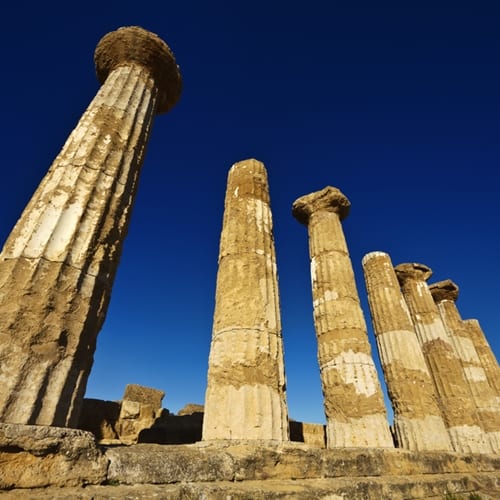 Greece is famous as a site of antique wrecks, but a new discovery has added even interest to this area. Discovery News reports that more than 20 shipwrecks have been found in the Fourni archipelago, a series of islands that represent a middle passage between ancient trade routes. Working together, Greek and American researchers have discovered a variety of wreck types dating to different historical eras, as old as 700 B.C.

Possibly more exciting even than this discovery is the chance that there may be more to find.

In addition to the wreckage of the ships themselves, their cargo has also yielded important finds, with archaeologists discovering jars done in different styles. Crew have removed some of these pieces for further study, and Ephorate of Underwater Antiquities' George Koutsouflakis said that this latest trove is several times more than the amount of shipwrecks usually located.

Possibly more exciting even than this discovery is the chance that there may be more to find. Smithsonian.com recently quoted Peter Campbell from the RPM Nautical Foundation, who said that they "would have hit 30 or 40 in a few weeks" if they kept exploring. He also noted the fascinating amount of diversity within the vessels themselves.

"These ships were very much international melting pots," he said. "They might have had wood from Lebanon, fasteners from Greece, amphoras from Levant and a crew made up of many different cultural groups." The amphoras are thought to have held consumable goods like wine and fruit. The survey effort included preparations for detailed 3D maps in the future, as well as DNA scans to learn more about the specific cargo onboard.

Underwater archaeologists may proceed with more confidence knowing there is insurance for commercial diving covering them as they work.