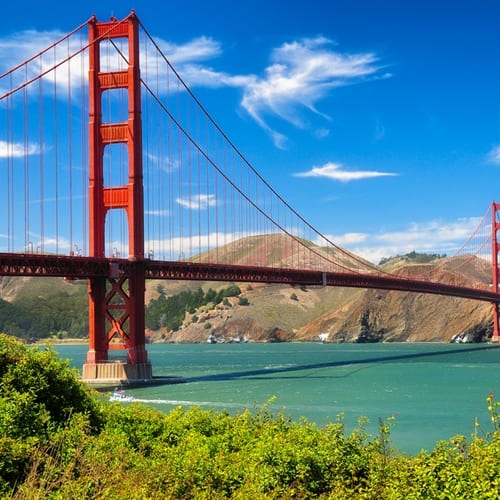 The underwater resting place of the SS City of Rio de Janeiro, lost more than 110 years ago, has been found, according to information from the NOAA. In a press release, the organizations' Office of National Marine Sanctuaries announced that the site of the ship has been uncovered and sonar images have computer-generated a vision of what it looks like.

The statement relates the efforts of the Office to locate this wreck, which is part of a two-year program to assess the area for the remnants of similar vessels. This particular ship is significant because it represents the most fatal marine disaster of San Francisco's history, with more than half of the 210 people on board perishing after the boat ran aground in the area of what would later be the home of the Golden Gate Bridge.

Photos of the wreckage can now be seen on the NOAA website, along with maps of the region. As of this writing, NOAA researchers have discovered the wrecks of nine ships out of an estimated 200. Regional maritime heritage coordinator Robert Schwemmer explained the level of detail that these new images have given, both in the case of the Rio and another ship discovered nearby, the S.S. City of Chester.

"The level of detail and clarity from the sonar survey is amazing," he said. "We now have a much better sense of both wrecks, and of how they not only sank, but what has happened to them since their loss."

Contrary to some beliefs, the hold of the City of Rio doesn't contain silver, the source said, but is still valuable for scientists and historians looking to document this tragedy. For other researchers in a similar position, working with commercial diving insurance is a must.