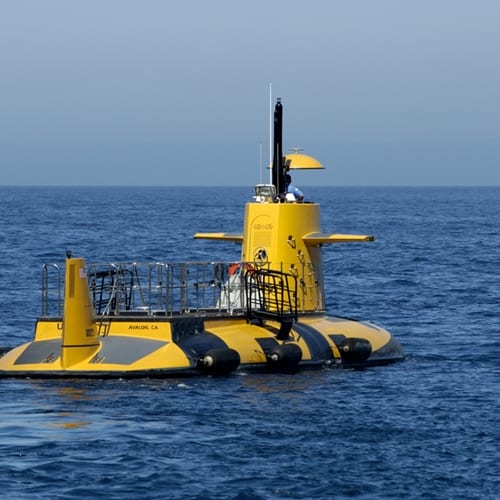 The United States is brimming with natural resources. From renewable forms of energy to precious metals, there's a reason America is called the Land of Opportunity. Now, thanks to the advancement of technology and increased usage of ROVs, a cottage industry in the mining realm is bubbling at the surface – both at home and abroad.

It's called deep sea mining, and as its title suggests, the process involves employing the use of ROVs to scour the uncharted reaches of the ocean floor to see what can be culled from the earth's underbelly.

It isn't just in the United States that the search and discover venture is starting to take root. As reported by National Geographic, a massive underwater mining project off the coast of Papua New Guinea is slated to break water in 2018. Its success or failure could determine the quickness with which deep-sea mining as an industry develops around the world.

"Scientists believe trillions of dollars worth in gold is found in the ocean floor."

Plethora of gold embedded in the ocean floor
How potentially lucrative is the deep-sea mining industry? According to experts, there's roughly $150 trillion worth of gold buried at the bottom of the earth's various seas, Nat Geo reported. That's the equivalent of nine pounds of pure gold for every person living, which currently clocks in at between 315 and 320 million individuals, according to the latest Census.

As much of an economic boon deep-sea mining has the potential to be – not only for the U.S. but for the world – the industry is not without its naysayers. Opponents largely come from the scientific community who worry that the extraction process involved could adversely affect sea life, both animals and plants.

Maritime Executive reported an international study is currently making the rounds, claiming that if deep sea mining becomes highly popular and isn't offset with environmental controls, aquatic life could be in jeopardy.

"The deep sea is a remote, cold and dark environment kilometers below the surface of the ocean, yet it is home to a wide variety of marine life, much of which is very poorly understood," noted Daniel Jones, Ph.D., lead author of the international study spearheaded by the National Oceanography Center, Maritime Executive reported. "This research analyzed all available studies on impacts to ecosystems in nodule areas and shows mining for nodule resources on the sea floor is likely to be highly destructive in the mined area, with long lasting impacts."

The NOC isn't alone in its concerns. Project MIDAS, an environmental research organization composed of nearly three dozen organizations based in Europe, warned from its own research that mining could lead to sediment destabilization caused by submarine landslides. Toxic elements could also be leeched into the water when mined minerals are exposed to oxygen.

MIDAS' report – Managing Impacts of Deep Sea Resource Exploitation – can be downloaded via its website.

"Nations should act now to make sure our ocean is protected as this new industry develops," Nugent advised, according to Nat Geo.

Nugent went on to say that deep sea mining effectively serves as a clean slate. When land-based mining began, the newness of it all led to mistakes that ultimately harmed the environment. With the proper legislative architecture and compliance programs in place, however, similar mishaps can be avoided when mining in the deep ends of the ocean.

Commercial watercraft, marine contractors and offshore engineers all call the ocean their workplace. Its sustainability and variety of usages necessitates strict compliance. Mistakes happen, though, and when they do, having the right insurance policy in place can cover losses stemming from liability. Fisk Marine Insurance International provides for these and other insurance needs.