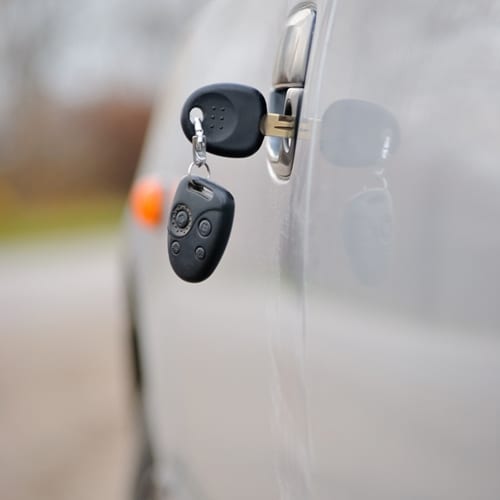 For companies to deploy their commercial diving services at sea, they first have to get their by land, the most common outlet being via automobile. With the Internet of Things on the rise, cybersecurity issues can sometimes threaten that capability.

However, with so much focus on how business owners and motorists can stymie hackers from accessing their vehicles without keys, drivers are actually leaving the same keys behind, giving thieves the very tools they need for an easy getaway, according to the results of a newly released study.

Key-related car thefts up sharply
Last year, for example, nearly 57,100 car heists were made possible because owners forgot to take the keys with them, the National Insurance Crime Bureau reported. That's an increase of 22 percent from 2014 and a 31 percent jump tracing back to 2012.

Joe Wehrle, NICB president and CEO, noted how anti-theft technology has done great things for car owners, as many vehicles today have systems built in that only need to be activated to work rather than installed. But they're all for naught if motorists make silly mistakes.

"If you don't lock it up, it's not going to help," Wehrle warned. "Complacency can lead to a huge financial loss and inconvenience for the vehicle owner. Leaving a vehicle unlocked or with the key or FOB inside gives a thief the opportunity to take not only the car, but also any possessions inside. It can also provide access to your personal information if the registration is left in the glove compartment."

Leaving keys behind 'opens the door' for other crimes
Wehrle added that he has it on good authority that once car thieves steal vehicles, they often times don't stop there. Some will up the ante by driving to the car owner's residence and break in, made possible by having the information on how to get to the residence with them in the vehicle.

This is another reason why keyless entry has garnered more attention among security officials, as when internet-enabled vehicles contain car owner's personal information, identity theft is possible. Close to 80 percent of car owners and shoppers believe that auto hacking will be a frequent problem in the not-too-distant future, according to a survey done last year by vehicle valuation firm Kelley Blue Book.

"Technology offers a wide range of enhanced convenience for today's new vehicle buyers, but it also offers the increasing potential for unauthorized access and control," explained Karl Brauer, Kelley Blue Book senior analyst. "Cyber-security is still a relatively new area of specialization for automakers, but it's one they need to take seriously to ensure they are ahead of the curve."

In a more recent survey completed this past summer, more than 6 in 10 Americans said they were worried about internet-connected devices and possessions – including automobiles – and how the technology could pose a threat to their security, data protection platform Vormetric reported from its poll.