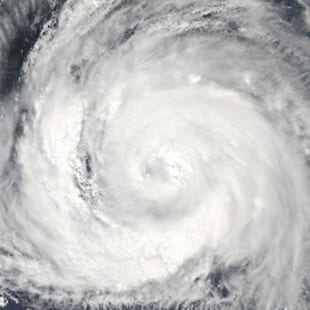 Even though significant hurricanes have been few and far between for more than a decade, and a major one has yet to form in 2017, climatologists remain confident that this has the potential to be a highly active season, a potential harbinger of additional job opportunities for commercial divers in hurricane-affected states.

With 60 percent certainty, forecasters with the National Oceanic and Atmospheric Administration expect hurricane development to be greater than normal for the Atlantic, according to its updated seasonal outlook. In May, the NOAA said there was a 45 percent chance of an unusually busy period for tropical storms, predicting at the time between 11 and 17 named storms, a tally since bumped up to a range of 14 to 19.

Season carbon copy of previously active periods
The U.S. mainland hasn't been struck by a major hurricane in well over a decade, the last one striking the Gulf Coast in 2005, in the form of Hurricane Wilma. George Bell, lead seasonal hurricane forecaster at NOAA's Climate Prediction Center, noted that air pressure systems thus far are formulating in ways similar to previous years when hurricane activity was elevated.

"We're now entering the peak of the season when the bulk of the storms usually form," Bell explained. "The wind and air patterns in the area of the tropical Atlantic and Caribbean, where many storms develop, are very conducive to an above-normal season.  This is in part because the chance of an El Nino forming, which tends to prevent storms from strengthening, has dropped significantly from May."

The NOAA isn't the only forecasting team that expects tropical storm development to ramp up in the second half of the hurricane season. Colorado State University researchers are similarly bullish about increased development, pointing to El Nino-Southern Oscillation, or ENSO, and mild temperatures in the tropics. What's more, the climatic characteristics of 2017 are similar to previous years in which hurricane activity was prevalent, most notably 2004, 2001, 1979 and 1969.

"In general, most of these seasons experienced somewhat above-average activity, with 2004 being an extraordinarily active season," explained CSU's Phil Klotzbach, research scientist in the Department of Atmospheric Science.

62 percent chance major hurricane hits East Coast
The historical average likelihood of a major hurricane making landfall has been 52 percent. But this year, the probability of one hitting U.S. soil is 62 percent for the Atlantic coast overall, CSU researchers noted. The East Coast, which hasn't been hit with a Category 3 hurricane in decades, has a 38 percent chance of being affected with one by or before Nov. 30. The historical average has been 31 percent.

In previous years when hurricane productivity was intense, commercial diving opportunities increased. As reported by the Houston Chronicle at the time, Hurricanes Rita and Katrina "created a huge amount of underwater repair and inspection work" for commercial divers along the Gulf of Mexico. Because qualified divers back then were fairly limited in number, many commercial divers were able to establish salary expectations for companies needing marine contractor services.

Michael Bell, CSU associate professor, stressed that it doesn't have to be an active season to be a notable one.

"It takes only one landfall event near you to make this an active season," Bell emphasized.

Commercial divers must be extra cautious
Category 3 storms, by definition, produce sustained wind gusts that range between 111 and 129 miles per hour. According to the National Hurricane Center, these gusts can cause extensive damage both to residential facilities as well as infrastructure. The Occupational Safety and Health Administration stresses divers must exercise extreme caution when approaching structures that have been damaged. For instance, when diving in an enclosed area where space is limited, divers are recommended to enter these areas underwater where possible. But first, the structural integrity should be assessed before approaching the underwater point of entry.

Brock Long, administrator for the Federal Emergency Management Agency, said it's important for everyone to understand how they may be vulnerable to the fallout from hurricane activity.

"As we enter the height of hurricane season, it's important for everyone to know who issues evacuation orders in their community, heed the warnings, update their insurance and have a preparedness plan," Long said.

Whether you're in the commercial diving, oil field or oceanographic industries, hurricanes warrant preparation and preemption. Fisk Marine Insurance International offers a comprehensive package of insurance products that go above and beyond what professionals need to shore up their defenses when storm clouds usher in. Click here for more on our marine, property and casualty coverages.