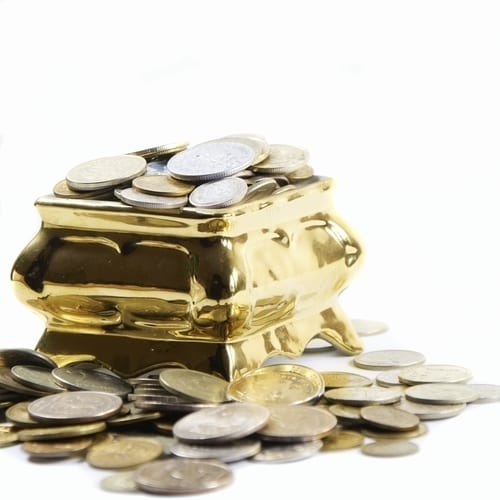 A salvage operation has literally struck gold with a recent find off of Fort Pierce in Florida. According to LiveScience, gold coins from several ships have been discovered, including one particular die-cast coin that may be worth as much as $500,000 on its own. The ships that have yielded this prized cargo date back to a 1715 storm that kept 11 vessels from transporting the valuables to Spain.

Along with the much-prized Tricentennial Royal coin, created specifically for King Phillip V, the haul included 40 feet of gold chain and may also lead to more impressive discoveries, such as a pair of 14-carat pearl earrings.

The site, located 1,000 feet underwater, was excavated by a crew subcontracted by Queen Jewels LLC, which is working to discover the full extent of the lost treasure in the 1715 wreck area. CBS News quotes the company's owner Brent Brisben, who explained some of the larger context of this recent find.

"These finds are important not just for their monetary value, but their historical importance," Brisben said. "One of our key goals is to help learn from and preserve history, and this week's finds draw us closer to those truths." This source says that the total value of the treasure they could eventually uncover may equal $400 million.

Salvage work can require crew and equipment to search the same area multiple times, or transition to a new location. Subsea and offshore commercial diving insurance may apply to acivity in the majority of possible risks in different bodies of water around the world.