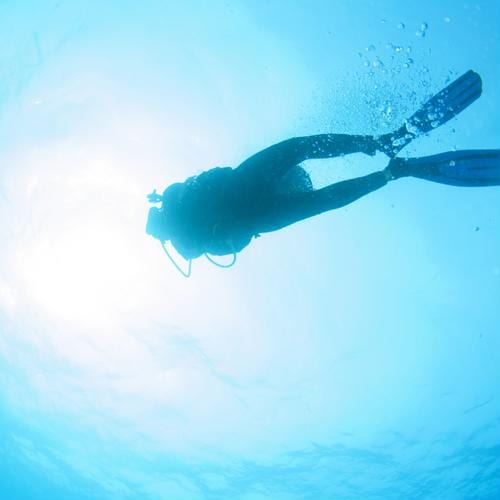 The full function of all five senses – smell, touch, taste, sight and hearing – are rather critical to commercial diving, but if you were to rank one as the most important, seeing would probably get top billing. Visibility can make or break an underwater venture, whether the project is expeditionary in nature or related to maintenance and repair.

Commercial divers' visual capabilities are sure to be enhanced in the coming years, as new sonar imaging hardware technology continues to develop.

Contract awarded by Penn State University
As reported by the Maritime Executive, sonar imaging hardware with high-resolution volumetric mapping display functionality is slated to undergo testing as early as April. It has the potential to improve divers' productivity, particularly in areas where visibility is limited. Coda Octopus Group, which specializes in sonar technology, was awarded the contract to make the device by researchers at Penn State University's Applied Research Laboratory. The ARL is affiliated with the Department of Defense and is a prime recipient of DoD funding, given its affiliation with the U.S. Navy and NASA.

While the device is still in the protoype development phase, the 3D HUD system will reportedly feed into the diver's head-up display, which is located inside of divers'  helmets, the Maritime Executive noted.

Blair Cunningham, president of the CODA Octopus Group, said being awarded the contract is an honor and a privilege.

"We are extremely pleased to be advancing this project with ARL at Penn State, as part of the NAVSEA program," Cunningham explained in a press release. "We are particularly excited to bring real-time 3D sonar imaging capabilities and our extensive visualization software capabilities to advance U.S. naval diving operations. This is an innovative and exciting project for CODA as it leverages our market-leading expertise as underwater 3D visualization experts to develop software and interfacing for the 3D HUD System."

"The device should make divers' job functions easier and safer."

Cunningham further stated that if this project goes as planned, it has the potential to greatly improve the functionalities divers have available to them, without compromising their safety.

Supervisors able to see what divers see
Perhaps the most promising outcome of the 3D HUD system is its duality, as diving operations are rarely done solo. The Maritime Executive reported that in addition to the diver's visual capabilities augmented by 3D software, others can see what divers are looking at as well, thanks to its real-time capabilities. This will give commercial diver supervisors a bird's eye view of what divers below the surface are seeing. It's believed this will be the first of its kind in the sonar industry.

It's unclear when the prototype will be completed, but the company says it hopes to have it ready for testing in the second quarter of this year.

Low visibility is a job hazard that even the most seasoned of commercial divers can find difficult to overcome, largely because it can never be fully controlled. Veteran divers point to dive lights, blinking or steady strobes, light sticks and high visibility lines all have their utility. Compasses with faces that illuminate can also work well.

Commercial diving can be the ultimate roll of the dice because the underwater world is unpredictable. And if equipment breaks down, missions can be scuttled. Regardless of the project, Fisk Marine Insurance International has the coverage solutions to protect your investments and keep up with the industry's changing tides.