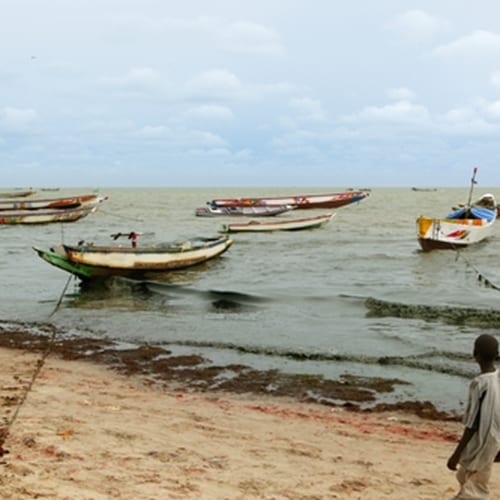 While the Costa Concordia has dominated headlines for some time, another disaster off the coast of Italy has made itself apparent in recent news, with a boat that contained hundreds of people.

Such a tragedy has led to an effort by the local authorities to investigate the fate of sailors and try to recover bodies. The boat was on its way from Libya with refugees from various countries and turned over off of the coast of an Italian island called Lampedusa, where it sank.

Coast guards and others have dispatched divers to search the wreckage site. So far, 111 bodies are accounted for, and though the search has been temporarily halted due to rough weather, there still appears to be work left to do. It's unclear exactly how many people were onboard the boat when the accident occurred.

According to the BBC, this seems to be a distressingly common event, with thousands of people having died in a similar fashion in the attempt to make the same crossing.

The Journal also quoted a representative from the nation's coast guard, Commander Floriana Segreto, on the topic of the ongoing search.

"Divers had to suspend their search at 9:23 p.m. Thursday due to high waves and strong tides, and we don't know when they will start again as conditions appear to be worsening," Commander Segreto said.

So many variables factor into these situations when diving becomes a necessity, and commercial diving insurance can be the sort of promise that these agencies will need if they are going to perform their duties admirably. As these operations proceed, other watercraft insurance may also become a factor as well.