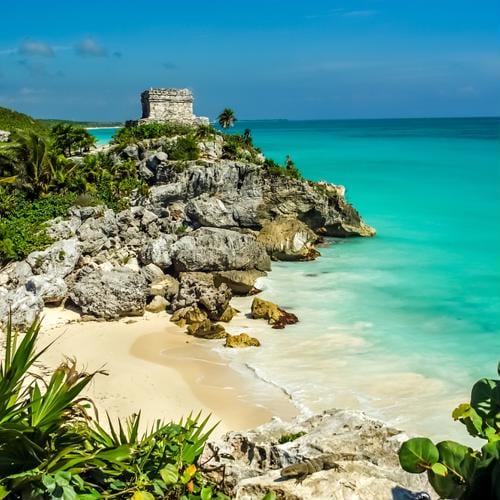 To say that nothing is routine about commercial diving would be a massive understatement. Divers may go through similar training procedures and be tasked with specific jobs over a lengthy period, but each day is a new adventure.

A group of divers recently experienced for themselves this all-too-truism in the waters off the coast of Mexico.

As reported by Reuters, deep within the recesses of waters near the Yucatan Peninsula, commercial divers specializing in archaeology happened upon a flooded cave in January, which experts say could be the world's biggest.

Cave is roughly 216 miles long
Formally known as the Sac Actun, the cave is a whopping 216 miles in length that the Gran Acuifero Maya (GAM) has been attempting to locate for several years now. GAM is a project whose charter is learning as much as possible about the Yucatan peninsula, which juts out into the Gulf of Mexico and is perhaps best known for its popular tourist destinations, like Cancun. However, while all the rage contemporarily, the Yucatan and its surrounding environs are rich with history, being the former stomping grounds of the Maya civilization thousands of years ago.

Guillermo de Anda, GAM director and underwater archaeologist, indicated that if nothing else, the flooded cave's discovery should help fill in the blanks on some unanswered questions about how ancient Mayan civilizations lived.

"It allows us to appreciate much more clearly how the rituals, the pilgrimage sites and ultimately the great pre-Hispanic settlements that we know emerged," Anda explained, as reported by Reuters.

"The team of divers knew about the cave for a long time."

Though the breadth and identification of the Sac Actun cave is new, the team has long known about it and its existence. However, they went into the research process with certain assumptions that their ongoing investigation and discovery has caused them to reassess. For example, originally, the team of experts found what they believed was a tunnel that fed into a cenote, which is a type of sinkhole that forms naturally when limestone gives way. In reality, though, the passageway was a connecting point for the caverns, which they think were at one time distinct from one another. Erosion may be what led to it now being one continuous flooded cave.

Anda noted the discovery is a major victory for historians and underwater professionals.

"This immense cave represents the most important submerged archaeological site in the world, as it has more than a hundred archaeological contexts," Ada said, according to The Associated Press. "Along this system, we had documented evidence of the first settlers of America, as well as extinct fauna and, of course, the Mayan culture."

Located near resort town of Tulum
GAM team members say the physical location of Sac Actun is very close to Tulum, a port city that is approximately an hour and a half south of Cancun. Its sprawling coastline and terrain filled with ancient ruins has resulted in a substantial uptick in tourism traffic, according to 2015 polling from TripAdvisor.

Commercial diving projects take marine contractors around the world, even to areas that may not be considered your prototypical diving domain. Fisk Marine International has seen it all and supply you with the comprehensive coverage you need to cover your bases.