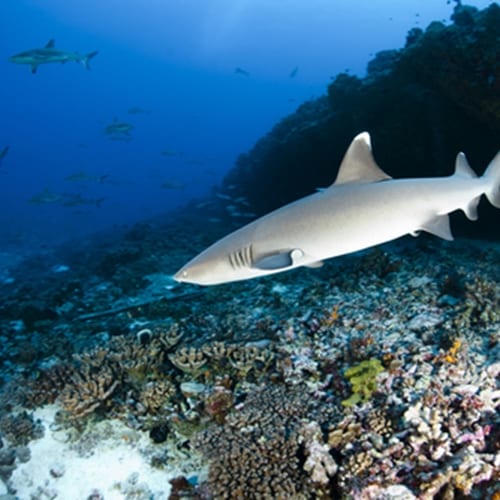 Thanks to the efforts of divers working for the National Oceanic and Atmospheric Administration, 57 tons of debris have been removed from an underwater refuge off the coast of Hawaii. According to a press release from that organization, 17 divers toiled for more than a month to clear the Papahanaumokuakea Marine National Monument of accumulated garbage, which included abandoned fishing nets, hard plastic, discarded lighters and other refuse posing a hazard to wildlife.

In addition to picking up the litter, the divers from the Oscar Elton Sette ship freed tangled sea turtles and recovered two boats that may have been swept over from Japan. The goal of the project was to help restore the local underwater ecosystem, and the crew used data taken from years of monitoring to help guide their efforts. One giant "super net" alone required days of work to untangle.

The operations manager of the NOAA, Mark Manuel, described the amount of work put into this project.

"The amount of marine debris we find in this remote, untouched place is shocking," he said. "Every day, we pulled up nets weighing hundreds of pounds from the corals. We filled the dumpster on the Sette to the top with nets, and then we filled the decks. There's a point when you can handle no more, but there's still a lot out there."

Such a complicated and involved effort requires different kinds of vessels, equipment and personnel to operate at peak efficiency over an extended period of time. Commercial diving insurance will protect the workers as they attempt to keep the environment clear, which is necessary as they deal with different, often dangerous, challenges.