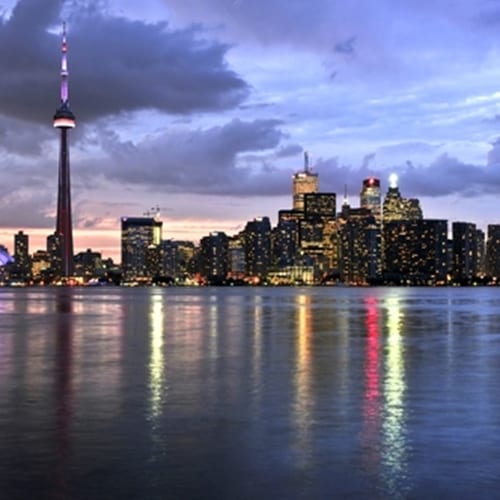 CTV has reported recent findings in Lake Ontario: Divers discovered the remains of a pair of canal boats that are believed to date back to the mid-19th century. They were located just a few miles away from each other on the floor of the lake and have confounded the team that discovered them because they don't match any of the known shipwrecks in the area.

In addition, canal boats like the ones discovered are not usually found in deep water, yet both of these wrecks were located 60 meters (nearly 197 feet) below the lake's surface. The boats were monitored using an ROV and the three divers have released photos and video of the discarded hulls.

One of the divers, Jim Kennard, told the source that the boats are 65 and 78-feet-long. He also suggested that they were being towed across the lake by a steamship before being sunk by rough weather, which would explain why they were so far out of their traditional depth.

Kennard authored a piece for Shipwreck World on the discovery, where he attempted to date the boats to their time of origin based on historical context. The larger of the two boats was likely a canal scow, he said, while the smaller one was a shallow draft vessel.

"The size of both vessels could put them in the period from 1850 to 1862 when the Erie Canal system had been widened to accommodate boats up to 90 feet in length and 15 feet wide," Kennard writes.

Without extensive research at dive sites, important clues about shipwreck origins can be easily missed. To help support the work needed to make these expeditions successful, companies should invest in commercial diving insurance and related policies and keep them and their equipment protected.