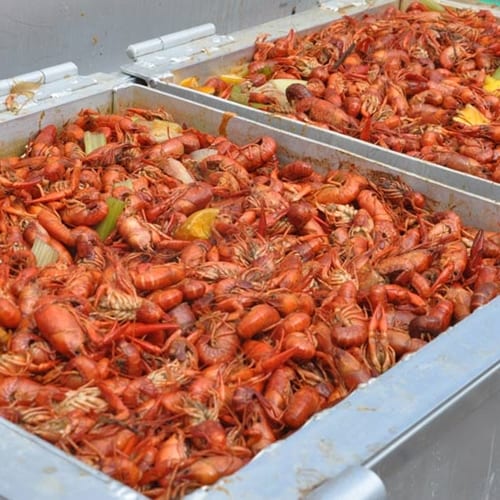 Even in Louisiana, where the weather is typically warm, February is one of the cooler periods of the year, including on the social scene. It doesn't take long for things to "heat" up, though, especially with Mardi Gras being right around the corner.

And this year, the excitement on Bourbon Street and New Orleans may even reach a boiling point, when Fisk Marine Insurance International hosts its annual Divers' Welcome Seafood Boil, one of the more highly anticipated events that we're delighted to be holding once again.

Later this month, thousands of us in the marine and commercial diving industry will be in town for the Underwater Intervention, held at the Morial Convention Center on Convention Center Boulevard.  If you're in the area, you'll definitely want to "swim" by the Rusty Nail for Fisk Marine Insurance's 8th annual Divers' Welcome Seafood Boil. We want to thank our co-sponsors – Bay-Tech Rentals, VideoRay and Oxylance Cutting Systems – for their contributions with this year's iteration of the divers' gathering.

Starting at 5:30 p.m. on Tuesday Feb. 21, attendees are free to mix and mingle with new acquaintances, familiar faces and delicious taste sensations, largely seafood fare that's as fresh as it is delicious. Since 2010, the Seafood Boil has been a smashing success, drawing an eclectic mix of veteran marine professionals as well as those who've just gotten their feet wet, so to speak.

There are no speakers. Just food, friends and fun – the ultimate trifecta!

Whether this is your first time or your eighth time, great food and even better company will be waiting for you at Fisk Marine Insurance International's annual Divers' Seafood Boil, located on 1100 Constance Street later this month at 5:30 p.m. sharp. You don't want to miss it!