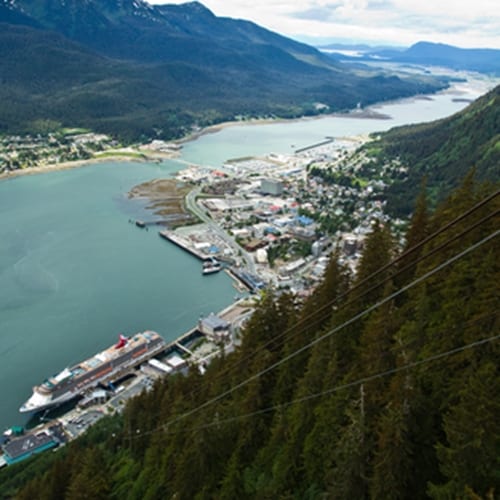 Last year, the Challenger, a wooden tug boat dating back decades, sank in the Gastineau Channel between Juneau and Douglas Island in Alaska. Since then, the wreck has posed a possible environmental risk for local authorities to consider, with 9,500 gallons of hazardous material possibly on board, according to Matt Miller of KTOO Public Media. This includes both diesel fuel and lube oil, which the local Coast Guard is trying to contain as salvage efforts proceed.

"The salvage operation has run into several roadblocks."

To bring attention to this operation, the Coast Guard recently hosted an open house, according to Miller. As he describes, raising the wreck requires authorities to fit boom around it, with some also applied to the environment. A chief concern is protecting the local salmon population, as well as preventing water from spreading the leaked oil out further.

Miller quotes Alaska Department of Environmental Conservation Bob Mattson on the precautions involved in following the path of the oil.

"If it goes beyond a tide cycle, then you have to take down the boom you have for one tide cycle and replace it to protect on the other side of the tide cycle," he said. "And that's true not just for the Challenger. It's every spill that we set boom out for. It has to be tended and maintained through tide cycles."

The Coast Guard previously suspended removal operations for the Tug Challenger but reinstated them on February 11. In a press release, the organization said that Southeast Alaska Lighterage would monitor the wreck site for "pollution or release of debris."

Commercial diving services often put themselves into unique situations that may require equally unique coverage. Insurance companies that know this business intimately already have the inside information needed to satisfy contractors.