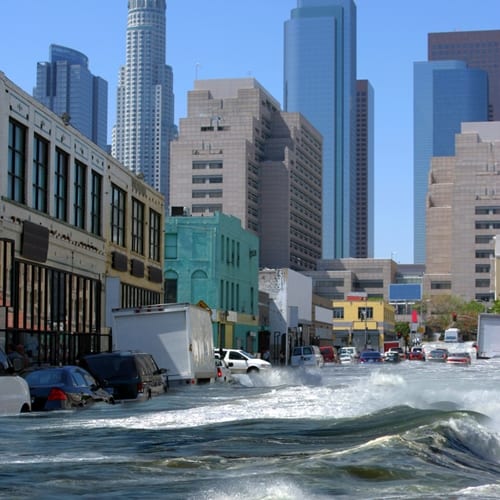 Although the scientific community may not have a full understanding of climate change, there's no denying that it's happening, documented by the National Oceanic and Atmospheric Administration on a regular basis. And while the effects are most evident at the North and South poles as well as coastal locations, climate change is also impacting transportation infrastructure in inland areas. The safety threats posed may require commercial diving services, a new report suggests.

In a variety of states – including Milwaukee, Iowa and Texas, among others – safety officials have raised bridges in recent years in order to reduce their susceptibility to the effects of flooding, The Associated Press reported.

For example in Des Moines, the Red Bridge stretches over the Des Moines River. Though crews routinely perform maintenance on the overpass, the bridge got a major upgrade recently after the Army Corps of Engineers determined flood potential was even greater than they had initially predicted. In response, the city approved raising the bridge an additional four and a half feet, a project that cost taxpayers approximately $3 million to complete. Engineers attributed the added flood risk to climate change.

City engineer Pam Cooksey told the AP that the revised flood forecast was a most unwelcome surprise.

"It was like a bomb was dropped off in our lap," Cooksey explained.

"One-third of economic losses stemming from weather damage in 2016 stemmed from flooding."

Last year, flooding was the costliest environmental catastrophe, responsible for 33 percent of $210 billion in economic losses, based on analysis conducted by Aon Benfield.

The Hawkeye State isn't the only part of the U.S. where flood risk has necessitated bridge improvements. The same is true in Wisconsin, Nevada and Texas, AP reported. In the Lone Star State's capital city, for instance, two bridges have been adjusted higher to account for enhanced flood risk, according to Austin watershed protection department officials.

'Structurally deficient' bridges span nearly 1,300 miles
Climate change is only adding to the problems that bridges are experiencing, mainly due to excessive use. The American Road and Transportation Builders Association reported earlier this year that nearly 56,000 bridges in the country today are "structurally deficient." In fact, if these same bridges were all connected, it would stretch the length of the U.S., from New York City to Los Angeles.

Commercial divers play a key role in the safety and well-being of the nation's commuters, performing inspections and installing repairs whenever and wherever they're required.

Cooper Martin of the National League of Cities Sustainable Cities Institute, told the AP that cities need to hire the right workers for these important jobs.

"With the changing climate, cities have to do something," Martin warned.

Commercial diving services are often required for public safety purposes, and nature has a way of making them apparent. Divers who've repaired structures in the wake of hurricanes can attest to this fact. Fisk Marine Insurance International has the services commercial divers need to keep their employees protected.