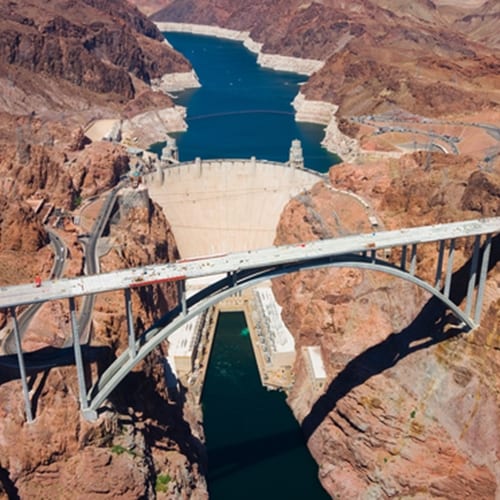 Recent climate changes could lead to a major discovery at the bottom of Lake Mead in Nevada. A "Superfortress" B-29 bomber plane with the serial number 45–21847 has been trapped under hundreds of feet of water in this artificial area, but Fox News reports that the drought affecting the southwestern United States could make it easier to access this historic craft.

The plane was originally abandoned after a failed test flight in 1948, when the five crew​ members attempted to bring it low to the lake after ascending into the air. While some divers have been investigating the wreck since then, despite regulations, it will now be far closer to the surface and more available for explorers.

Where it was formerly under 300 feet of water, because of the drought conditions the plane is now merely in a depth of 110 feet. Writing for Medium, Steve Weintz discusses some of the events of the original crash.

"The impact tore off three of the giant plane's engines," he says. "The bomber skipped across the water like a huge metal bird, before it stopped and sank into the Overton Arm of the lake. The crew had time to escape in life rafts, where they waited several hours before National Park Service employees rescued them."

A series of diagrams provided by this source shows the downed body of the plane stretched out across the floor of the lake, with a crack going up the tail section and one of the propellers still attached. Local park officials could soon allow commercial dive outfits to lead visitors down to the craft as the waters recede.

To take advantage of conditions like these, diving companies should purchase commercial diving insurance that keeps them guarded in areas that have just been opened up or deemed "safe."