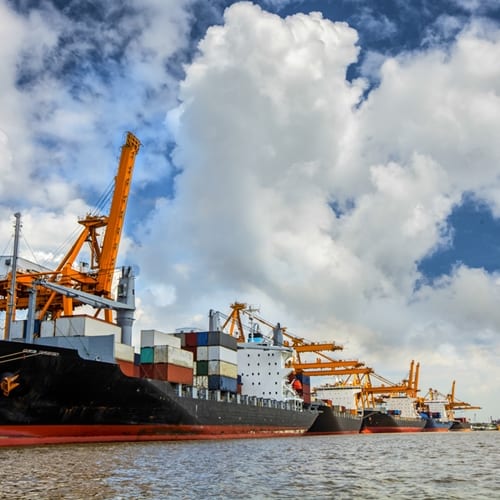 According to Popular Mechanics, Samsung recently announced that it is working on a cargo vessel that will break the record for the largest ship of its kind ever built. Though immense size is a possible benefit for ships that must carry more than 20,000 containers, this news also raises questions about how a ship that big will operate and where it will be able to travel.

For example, the source notes that, because Samsung's ship will be more than 190 feet wide, it will technically be too large to fit through the Panama Canal, limiting transportation route opportunities. Right now, the vessel isn't scheduled to be completed until 2017, and will reportedly cost $609 million.

Although this is a high-profile example of shipping vessel size, it's not the only massive cargo ship currently on the horizon. The Wall Street Journal reported on a possible order from the shipping company Maersk that would dedicate nearly $2 billion to the purchase of 11 new "megaships." Soren Skou, Chief Executive of Maersk, told the source that this purchase would fit into the company's future expansion plans.

"We need to grow with the market and increase our capacity by 425,000 containers from 2017 onward for three years," Skou told the Wall Street Journal. "It's very likely the first order will be 11 Triple E size ships. That's what we need for a weekly round trip from Asia to Northern Europe."  Skou also said that his business is attempting to respond to changes in the market that have seen cargo prices fall.

Businesses that operate large ships may benefit from extended boat insurance coverage that keeps their assets protected from harm if a disaster occurs. With the right insurance in place, companies can protect their investments once they are active.