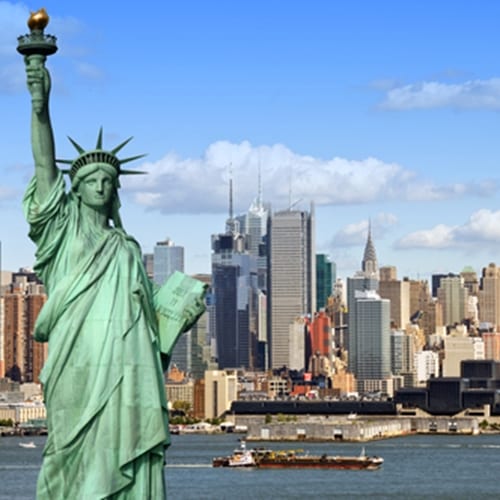 Accidents can happen at any time when you're out on the water. The hope is that even if your watercraft or equipment are damaged, there won't be any serious injuries or deaths, but unfortunately these kinds of tragedies are bound to happen.

The Associated Press reported that the Seastreak Wall Street, a high-speed ferry transporting hundreds of people from New Jersey to New York City, collided with a lower dock in Manhattan on the morning of January 9.

The accident, which happened at around 8:45 a.m., left at least 50 of the approximately 340 passengers aboard the ferry injured and two dead.

Dee Wertz, an onlooker who watched the crash from the shore, said that she had just been having a conversation with a ferry employee who told her that he and some of the boat's captains were concerned with the watercraft's maneuverability and didn't like being aboard it.

Others who were onboard the Seastreak Wall Street told the source about the chaos that ensued when ferry crashed and its hull was ripped open.

"We were pulling into the dock. The boat hit the dock. We just tumbled on top of each other. I got thrown into everybody else. People were hysterical, crying," said Ellen Foran, a New Jersey resident.

The National Transportation Safety Board said that it was sending officials to the scene of the accident to investigate the cause.

Unfortunately, tragedies like this can happen due to the number of risks associated with being out on the water. Whether you own and operate a commercial watercraft or a recreational boat, it's a good idea to work with a marine insurance provider to find the best rates and ensure that you are covered in the event of an accident.