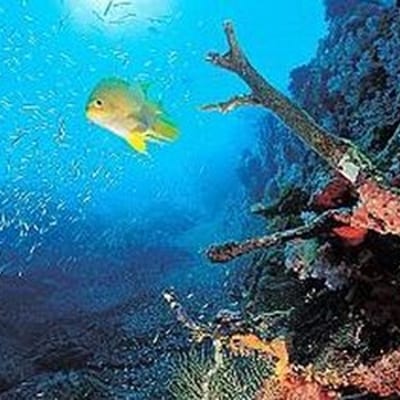 When commercial vessels move cargo internationally, there are a number of hazards they can face, including storms in the open seas, ice damage in northern regions and collision threats. However, a Chinese ship ran into an unusual problem off of the Philippines over the weekend: a protected coral reef.

On April 8, the cargo ship, which had been carrying meat, crashed into the reef, which was located in the Tubbataha National Marine Park, a UNESCO-designated World Heritage Site on Palawan Island in the southwest Philippines. While the collision itself was no minor incident, the real news emerged once investigators inspected the cargo hold of the ship involved.

According to reports, 400 boxes were discovered to contain 55-to-66 pounds each of frozen meat of pangolin, which is a protected species. Also known as the scaly anteater, the pangolin is protected in many Asian countries. Additionally, there has been an international ban on its trade since 2002.

Reports stats that an estimated 22,000 pounds of meat was found on the ship. As a result, the 12 crewmembers on board the vessel have been charged with a bevy of poaching and smuggling violations.

"It is bad enough that the Chinese have illegally entered our seas, navigated without boat papers and crashed recklessly into a national marine park and World Heritage Site," WWF-Philippines chief executive officer Jose Ma. Lorenzo Tan said to the AP. "It is simply deplorable that they appear to be posing as fishermen to trade in illegal wildlife."

It's rare for companies to fall into such troubled legal waters in terms of dealing with poaching in smuggling charges. However, this story shows how important it is to ensure that any commercial shipping enterprise is protected legally and financially. This is why it is encouraged for cargo businesses to invest in proper marine insurance coverage.