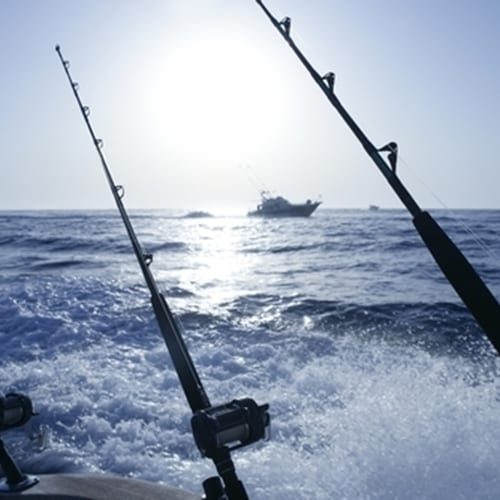 While it's generally understood that certain professions carry with them an element of risk, the specific kind of danger one might experience matters when planning marine crew insurance. If you manage a fleet of fishermen, for example, you might expect weather damage or hazards of work, but you might also need to consider the sudden aggressive nature of aquatic life itself.

Large fish, in particular, bring with them the potential for near-disaster, as the crew of the fishing vessel known as the "Marlin Darlin'" discovered recently. According to the International Business Times, the boat was angling in the Dominican Republic area when their target suddenly surfaced and revealed itself to be bigger than expected, quickly hurtling through the air and onto the craft.

Though no one onboard was critically injured, the fish, believed to weigh 350 pounds, nearly speared one of the fishermen. After flopping around on deck for sometime, the marlin died and was later given away rather than being harvested by the crew who were planning to throw it back anyway.

Bobby Jacobsen, owner of the Florida-based Marlin Darlin', was present when the fish was discovered and recorded the event to be shared on YouTube.

Even catch-and-release fishing can bring with it the potential for injuries, and anyone involved in such situations should insist on utilizing the correct kind of crew boat insurance. Different rules may apply to situations depending on the kinds of damages sustained, and should workers be somehow incapacitated by surprise events like this, a fair policy needs to be in use to account for both them and their employer's needs.