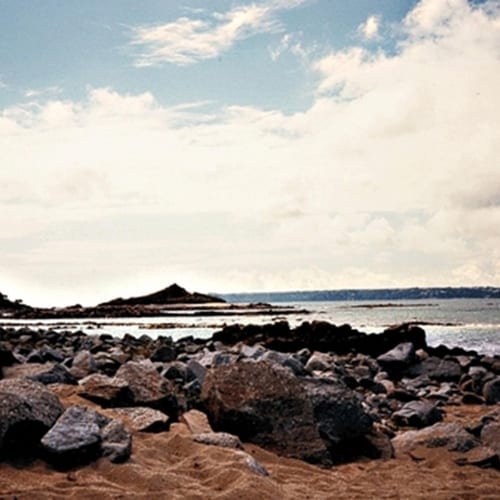 A carrier ship, Hoegh Osaka, has spent several days trapped in the waterways of Lee-on-the-Solent in the UK after hitting a sandbar. Crews and tugboats are attempting to dislodge and raise the vessel, which contains 1,400 different vehicles, most of which Jaguar Land Rover models and could account for more than $151 million.

So far, the recovery effort has involved anchoring the ship and using water to keep the boat stabilized. However, the plan has met some obstacles due to erratic local weather: the BBC reports that high winds are making it difficult for the tugboats assisting the ship to stay in place and leading to setbacks. One tug boat was blown into the Osaka last weekend due to the high winds.

As the cargo is slowly submerged and helicopters bring crew to the Osaka to help, the sheer enormity of the ship, which weighs more than 50,000 tons, has posed other difficulties. Bram Sperling, senior salvage master of the company Svitzer, told the source how slow-going activity has been aboard.

"We've managed to create a route inside using metres of rope, but you can't just walk from A to B," he said. "It takes a few hours to go just 10 to 20 metres." That's the equivalent of up to 65 feet. Sperling also said that the tugs have been ordered to "take care of themselves" if wind conditions continue to be a major threat.

The Hoegh Osaka originally ran aground on the Bramble Bank after dangerously listing on January 3. Original projections said that the operations would take seven days maximum.

Unpredictable weather makes a tough job even harder to complete. Companies involved in elaborate recovery missions should have crew and boat insurance that keeps them protected. At the same time, the operators of cargo ships need to make sure everything they are transporting is safe as well.