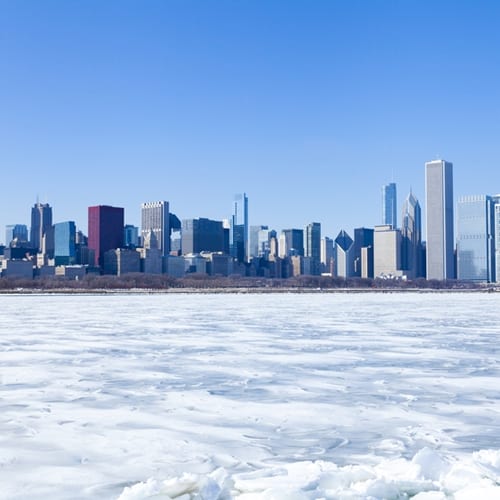 Now that we're entering the (supposedly) warmer months of the year, authorities are considering ways to fight against still-frozen lakes that pose a problem for shipping companies.

According to Michigan Radio, March 25 signals the launch of shipping activity for this region, on both sides of the United States/Canada border. However, the fierce winter that opened up 2014 has called for intensive icebreaking to increase the flow of materials that can be used for commercial goods.

This radio station recently conducted an interview with Mark Gill of the U.S. Coast Guard, who described the economic effects that these blocked shipping channels could have on the rest of the country. Gill said that the biggest concerns at the moment are iron ore, coal facilities and power plants, all of which have been affected by stalled activity in the Great Lakes region.

When asked for a timetable for the path-clearing effort, Gill said that it could continue into the summer.

"I see us breaking ice into May," he said. "Wouldn't surprise me [if] we're still chasing ice into Memorial Day. I hope that's not the case."

The Associated Press reports that the thickness of the ice is proving a big problem for this area, as the water in some cases has frozen to create "walls of ice up to 14 feet high." This could be just part of what makes the process take such an extended period of time to fight against.

It's not just the vessels involved in this strenuous and long-lasting work that might need the protection of specialty maritime insurance: facilities based on or near the water could also be damaged by these conditions. Marine insurers can help give you the framework you need to stay properly covered in these uncomfortably prolonged situations.