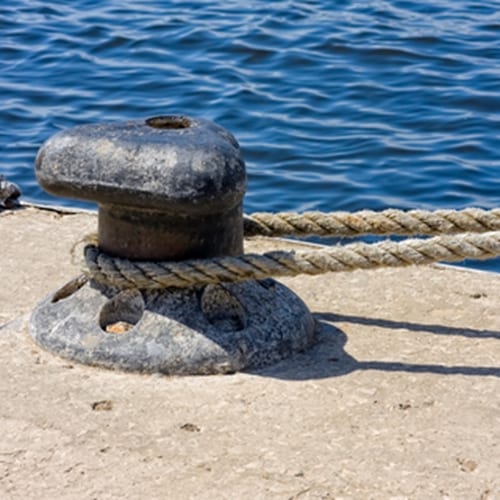 Even contained marine disasters can result in injuries and fatalities, making marine insurance a requirement. Docked vessels can encounter difficulties as well, as in the case of a fishing boat in the Egegkik area of Alaska that caught fire on the Fourth of July.

Though the fire, which broke out onboard the F/V Pauline II, was successfully averted before it could reach other boats or the dock, it did result in the death of one man named Harberg Paul. The Alaska Dispatch reports that Paul's two brothers had to be hospitalized due to burns suffered as they tried to rescue the man.

Disaster can strike at unexpected moments, even in safe harbor. This fire broke out early in the morning while the boat and others moored close to each other with fishermen sleeping inside. The boats were working for the Alaska General Seafoods cannery, where they were stationed at the time.

The F/V Pauline II is said to be completely unsalvageable, even while authorities were able to arrive at the scene in time to keep the blaze from spreading. Beth Ipsen of the Alaska State Troopers described the unnamed man who alerted workers at the cannery to the fire's presence.

"He had to run quite a distance, yelling at people to wake up," she said.

Boat dock insurance and proper protection for vessels and marine professionals should be foremost in the mind of the manager of any company that regularly relies on large equipment. An accident like this, in the relative safety of a company's own premises, can lead to major losses, so companies should never hedge their bets when it comes to precious crew and resources.